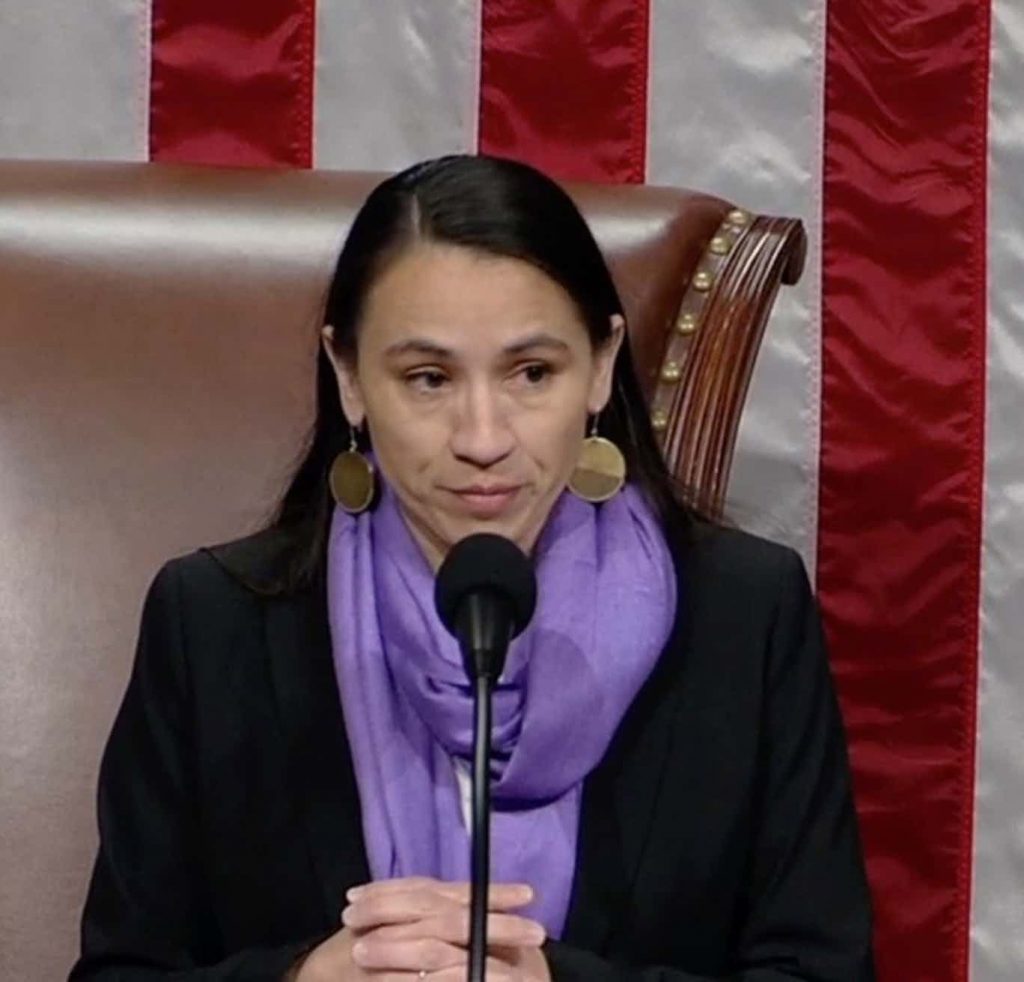 What difference does it make to have Native Americans in the Congress? The debate last week about the re-authorization of the Violence Against Women Act provided a textbook answer.

I can’t think of another issue where Indian Country was more front and center than the debate in the House over the Violence against Women Act.

Rep. Sharice Davids, Ho Chunk, a Democrat from Kansas, sat in the speaker’s and presided over the debate. Rep. Deb Haaland, Laguna Pueblo,a Democrat from New Mexico, introduced amendments that could make the law more effective in Indian Country, and Rep. Tom Cole, Chickasaw, a Republican from Oklahoma, made the bipartisan case telling Republicans about the big picture significance of the bill while urging Democrats to find a compromise that will ensure the bill becomes law. The fourth tribal citizen in Congress: Rep. Markwayne Mullin, Cherokee Nation, also a Republican from Oklahoma, continued his long opposition to this legislation.

The House passed this expanded version of the Violence Against Women Act, including the renewal of the tribal provisions, as well as new measures to improve the collection of data and provide resources to American Indians and Alaska Natives living in cities. And amendment by Rep. Don Young, R-Alaska, would give five Alaska Native villages new authority to prosecute sexual crimes in a pilot program.

Congress voted 263 to 158 in favor of the Violence Against Women Reauthorization Act of 2019. Thirty-three Republicans joined the majority Democrats in favor, but the legislative path through the Senate is complicated by the sharp divisions.

Haaland said: “I belong to a community where women are 10 times more likely to be murdered than the national average – and the silent crisis of missing and murdered Indigenous women is linked to violence.”

The legislation now moves to the Senate where many of the House priorities could come to an end. Majority Leader Mitch McConnell decides which legislation will even come up for a vote in that body. While there is bipartisan support for the reauthorization of the Violence Against Women Act, there is also significant opposition because of the expansion of transgender rights and a provision that strips gun rights from people convicted of misdemeanor crimes for abuse or stalking. The law currently applies only to felony convictions.

That is one of the provisions that some Republicans in the Senate hope to remove. Leader McConnell has called for a clean extension of the act without the new provisions. And Senators Dianne Feinstein, a Democrat from California, and Joni Ernst, a Republican from Iowa, are working on another version of the legislation.