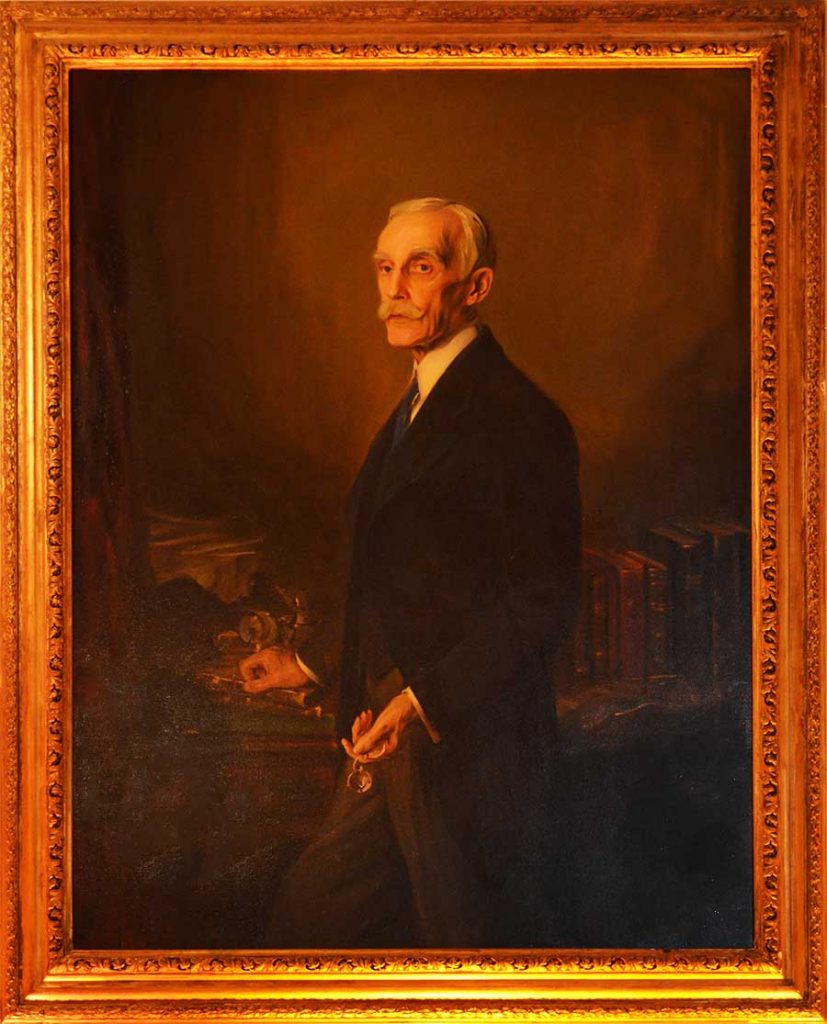 The Senate passed its tax bill early Saturday morning. And, it turns out,  Indian Country might have been worried about the wrong, Andrew.  Andrew Jackson? No. Because the Republican tax plan would make one Andrew Mellon proud.

Andrew Mellon was a wealthy industrialist who served as the Secretary of Treasury. President Trump’s own Treasury Department describes his tenure this way: “During the nation’s “most materialistic period in its history Mellon’s philosophy was one of debt reduction, tax reduction, and a balanced budget … His theory was that big business would prosper in proportion to the lightening of its tax load and its profit would be transferred to the rest of the Nation.

The Great Depression blew a hole in that idea. And if history is prologue, well, this all sounds familiar.

Now the House and the Senate have passed legislation to sharply reduce taxes with the idea that business will prosper and transfer its winnings to the rest of the nation.

The conservative wing is honest about this means. They say when the tax cuts result in a massive expansion of debt, they will want sharp budget cuts to follow. This is a core belief. And has been since Mellon’s time.

How bad is the Senate tax bill? It’s right up there as one of the most unpopular bills ever.  An average of polling finds support at about one-third of those polled. And, get this, FiveThirtyEight reports that this tax cutting bill is even more unpopular than tax hikes.

A couple of notes about Indian Country: So many tribal citizens are the low end when it comes to earning. This bill does nothing to help. Indeed there was a late night effort to increase tax credits for families with children. It failed because there would have been less money for corporate tax cuts. Nearly half of all Americans don’t pay income tax, it’s the payroll tax that is the burden. So a child credit would have helped ordinary working families. 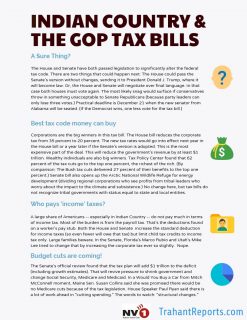 Instead of turning the dial back on fossil fuels the Senate bill aligns the tax code for more oil and gas development. Alaska Sen. Lisa Murkowski has made this her signature.

This bill also strips the mandate to buy health insurance. A win for freedom, right? Perhaps. But it also means that healthy people will not buy as much insurance leaving sicker, older people to pay the bills.

There are a whole cast of winners: Big corporations, rich would-be heirs (like the Trump children) and religious schools (a last minute amendment by Sen. Ted Cruz expanded tax savings for this purpose).

The fight isn’t quite over: This bill will still have to be reconciled with a House version. But cutting taxes (and then the budget) is something Republicans have championed long before Andrew Mellon. So this bill is likely to become law soon. 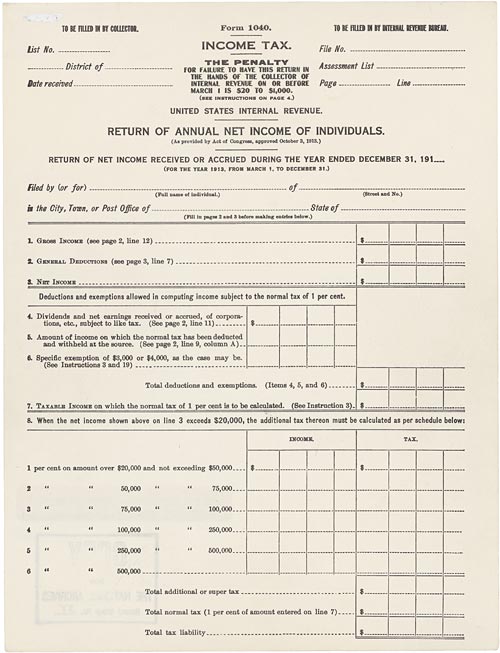 The first federal tax return in 1931 only required a single page.

What’s important to a country? The best way to tell is through its tax code.

There is no better way for any legislature — be it a tribal council, a state assembly, or a Congress — to telegraph what’s most important to a society than through its tax policy. How a government collects revenue says what constituent groups are seen to matter. And, conversely, what groups and issues are insignificant.

That of course, is Indian Country. Tribes are not treated the same as cities or states when it comes to federal tax policy.

For example: There is a tax credit for adoption — but it does not apply when a tribal court adjudicates the case.

So Indian Country is a perfect illustration of my larger point: A country’s tax policy shows what it values. The key to this idea is simple when a nation wants more of something, then taxes it less. And, other hand, if a nation wants less of something? Tax it more.

The tax reform bills in the House and Senate say a lot about the power of corporations and the value of inherited wealth. Tax less, get more.

Both of these bills will sharply reduce federal spending. Last week the National Congress of American Indians and the Native American Finance Officers Association came out against the bills. A news release said:  “With respect to tribal nations, unless tribal provisions are included, the current tax reform legislation amounts to little more than a $1.5 trillion increase in the federal deficit over the next ten years. This deficit increase will inevitably create pressure to cut federal programs and services that are extremely important to tribal communities.”

The House tax bill is also an all-out attack on higher education. This is nonsense. Especially when the country needs to be competitive in a digital, knowledge-based world.

The House would eliminate the deduction of interest for student loans. Americans now owe more than $1.4 trillion on student loans. So instead of solving a problem, Congress is making it worse.

The House bill would also classify tuition waivers as income, making a graduate student wealthy for tax purposes. This will make it more difficult for people to pay for graduate school, and increase the debt levels for those who do. As a national policy this makes no sense.

And for Indian Country? There is already a shortage of graduate students and PhDs. Why should we make it more difficult?

And in the debate about values there is a powerful metaphor: College does not matter.

The House has already passed its version and the The Senate will vote on tax reform in early December. Republican leaders hope to pass the legislation before the end of this year.

The Senate has given up on destroying Medicaid and much of the health care system and it’s now focused on restructuring federal taxes.

So how does Indian Country fit into a tax framework? The larger issue of tax reform and its impact on Native Americans is a complicated question, one that starts with the definition of “taxes.” Most so-called middle-income wage earners pay income taxes. But roughly one-third of all wage earners do not pay income taxes — and that would include a lot of tribal citizens, especially those living in tribal nations. There are nearly 150 million tax returns filed every year and 36 million of those end up paying no tax at all. Another 16 million had taxable income but didn’t pay anything because of tax credits, deductions and other adjustments.

Many of Indian Country’s working class especially benefit from one such credit, the Earned Income Tax Credit. This is a successful program that returns real cash to some 7 million families; a paid bonus, of sorts, for working.

I looked at the counties with significant Native American population and there is some fascinating data from the Internal Revenue Service, based on 2015 tax returns. 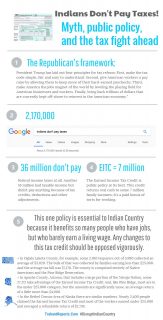 In Oglala Lakota County, for example, some 2,010 taxpayers out of 3,980 collected an average of $3,020 from the Earned Income Tax Credit. The bulk of that was collected by families earning less than $25,000.

There are similar numbers in the Bethel Census Area of Alaska. Nearly 2,400 people claimed the Earned Income Tax Credit and most of the workers earned under $25,000 and averaged a refundable return of $2,738.

My point here is that this one policy that is essential to Indian Country because it benefits so many people who have jobs yet barely earn a living wage.

No matter how you look at the data, Indian Country has a stake in the debate ahead.