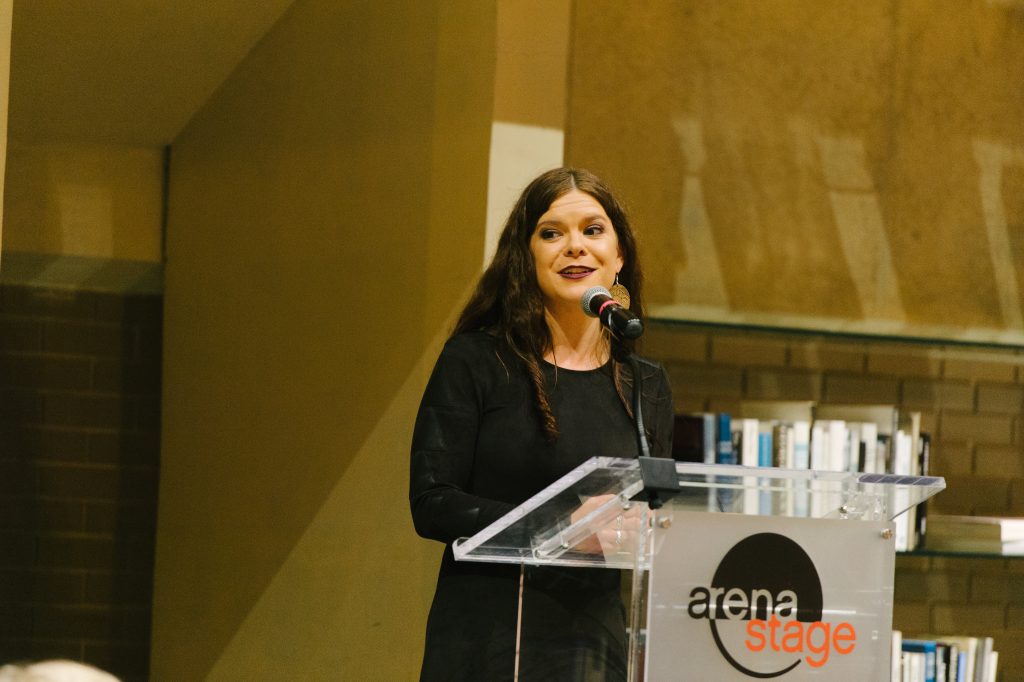 Indian Country needs a canon of stories. A collection of Memory that every child knows growing up. A reference guide to our shared history — as well as a reminder about what the fight is all about.

Mary Katherine Nagle’s new play, “Sovereignty,” is one of those stories.

“Sovereignty” is now at the Arena Stage in Washington, D.C. Think of it this way: It’s a Native narrative on the nation’s stage. All too often we get excited when we see a movie or a TV show that has one Native American character worth remembering. That’s cool. But we should really get excited about a work of art, in this case a play, when the author, the cast, and often the audience is Native.

“Sovereignty” tells two Cherokee stories, one historical, one modern. The first story is about the Cherokee Nation in the tribe’s homelands and the actions of Major Ridge, John Ridge, Elias Boudinot (a nephew of Ridge) and Chief John Ross (as well their fictional descendants). This was a time of war: The state’s military, the Georgia Guard, was evil, violent and determined to strip the Cherokee people from their homeland. The Supreme Court had ruled in favor of the Cherokees but the government of Georgia ignored that. The state’s primary mission was annihilation.

Nagle is literally an heir to this story. This is her family. But there is another angle for Indian Country and it’s why I think this story must be in our canon; the power of dissent. There are two great stories about why dissent is important to Indian Country: That of the Ridges and Lucy Covington’s fight against termination. (She followed around a pro-termination Colville tribal council at public events to counter their narrative and then stirred up support for new leaders.)

The Cherokee leadership — led by Chief John Ross and the National Council — wanted their homeland no matter the cost, including giving Georgia absolute authority over the Cherokee Nation. Boudinot wrote Chief Ross: “What is the prospect in reference to your plan of relief, if you are understood at all to have any plan? It is dark and gloomy beyond description. Subject the Cherokees to the laws of the States in their present condition?”

The Ridges and Boudinot argued for a future Cherokee Nation. That meant signing the Treaty of New Echota and setting the stage for what became the Trail of Tears and the move to Oklahoma. Major Ridge knew the price of this dissent. He said at the time: “I have signed my death warrant.”

Nagle’s play captures those powerful themes but it also does something that only an artist can do. She brings the Ross and the Ridge families back together. She shows through the power of story how we’re all in this together. Still.