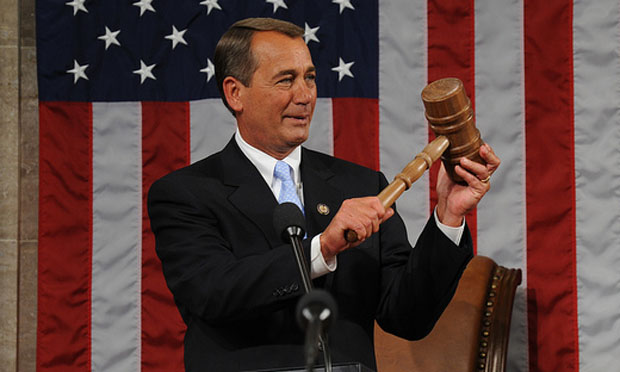 It’s easy to blame President Donald J. Trump for all that is wrong in American politics. But is the problem of Trump or the era itself.

John Boehner, the former Speaker of the House, was profiled in Politico over the weekend and he unleashed on many of his former Republican colleagues. One story was about Alaska’s Rep. Don Young. The two were fighting over an appropriations earmark — a $223 million bridge in Alaska — and Boehner said Young pinned him against a wall in the House and held a 10-inch knife to his throat. Boehner responded with a colorful four letter word. (Young told Politico the story was “mostly” true and the two men later became good friends.)

That was in 2005. And it shows that the craziness in politics has been around a lot longer than Trump. In fact Boehner tells of more recent accounts where he calls out some of the conservatives still in the House, such as Rep. Jim Jordan. Boehner calls him a “terrorist, a legislative terrorist.”

A new report by the Pew Research Center shows how politics is changing and identifies nine different political strains in both parties. 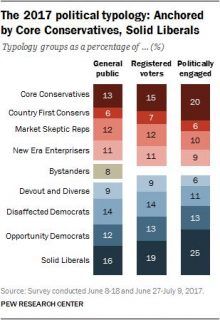 Republicans are divided by immigration, America’s role in the world, and the fundamental fairness of the U.S. economic system. And Democrats have their own divisions on issues such as the role of the party, U.S. global involvement, and religion.

One particularly interesting finding: The ninth group that Pew identified as “bystanders.” That accounts for about 8 percent of the country — but is, quote, “missing in action politically. Almost no one in this relatively young, largely minority group is registered to vote and most pay little or no attention to politics and government.”

If you want to pick one state to see these divisions play out, look to Arizona. Arizona Sen. Jeff Flake was a constant critic of Trump and is not running for re-election; and Republican are split on what type of candidate they want.

Democrats have this problem, too. Several have complained that frontrunner Rep. Krysten Sinema is too comfortable working with Republicans.

We don’t have the data to know if these same divisions are present in Indian Country. But anecdotally on social media at least the same sorts of “purity” tests are proposed and celebrated. We also know that too many people are bystanders and not registered to vote.

Here’s the thing:These could divisions could increase the importance of a Native voting bloc. It could be the decider. Especially in states like Arizona.