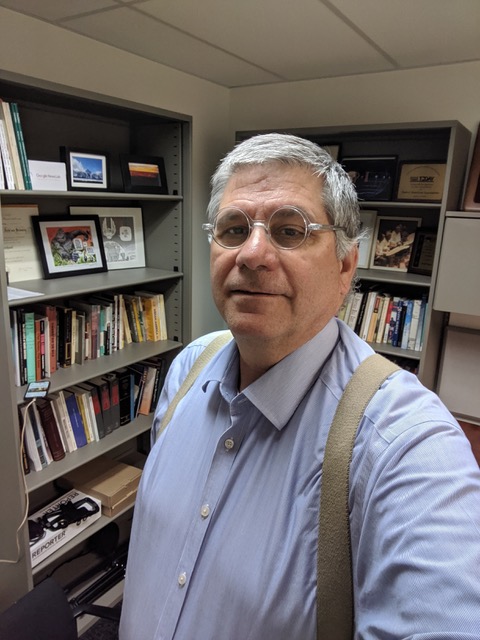 As many listeners know, my main job is editor of Indian Country Today, a national Indigenous news digital publication.

We have a lot going on …and it’s worth reporting.

First, we are settling into our new home at the Walter Cronkite School of Journalism and Mass Communication on the campus of Arizona State University in downtown Phoenix. We also have a newsroom in Washington, D.C.

Second we are thrilled to announce we will begin a daily newscast in October. We are working out the details but the short video report will be available Monday thru Friday on IndianCountryToday.com as well as through many public radio and television stations.

Our first broadcast will take place on Indigenous People’s Day, October 14, 2019 and we will be coming to you from the campus of Alaska Pacific University.

Then this is only the beginning. We are working an a full half-hour broadcast that we plan to air on public television stations this fall.

As part of that goal we are building a large network of journalists to report on the news.

So that is our third big news item:Indian Country Today will open a bureau on the campus of Alaska Pacific University in Anchorage. We are eager to improve our coverage of Alaska Native issues — as well as issues involving the Arctic, the climate, and the Indigenous North. The university will be a remarkable partner helping us carry out our expanded mission.

Indian Country Today has a remarkable history that goes back some four decades. It was once a newspaper, a magazine, and now, a digital, multimedia enterprise. We are also public media. We operate as a nonprofit dedicated to serving Indian Country.

And who reads Indian Country Today? This month we will reach 450,000 unique users a month — our growth has been steady.

Most people read our work on their mobile device — nearly 70 percent on the phone and another 5 percent on tablets (about 30 percent read us on a personal computer.) And, in case you are interested, the number one device is the Apple iPhone (at 35 percent of all page views).

Our readership is more female than male — 55 percent to 45 percent.

Indian Country Today is a not-for-profit, Limited Liability Company. The primary role for NCAI is to initially appoint the editor and to work with Indian Country Today on its business and finances. NCAI also invested early money into this project and our grants —  as well as your donations — flow through the nonprofit NCAI Fund.

The editorial process for Indian Country Today is independent of our ownership.

Thank you for joining us on this journey to cover stories from an Indigenous perspective.