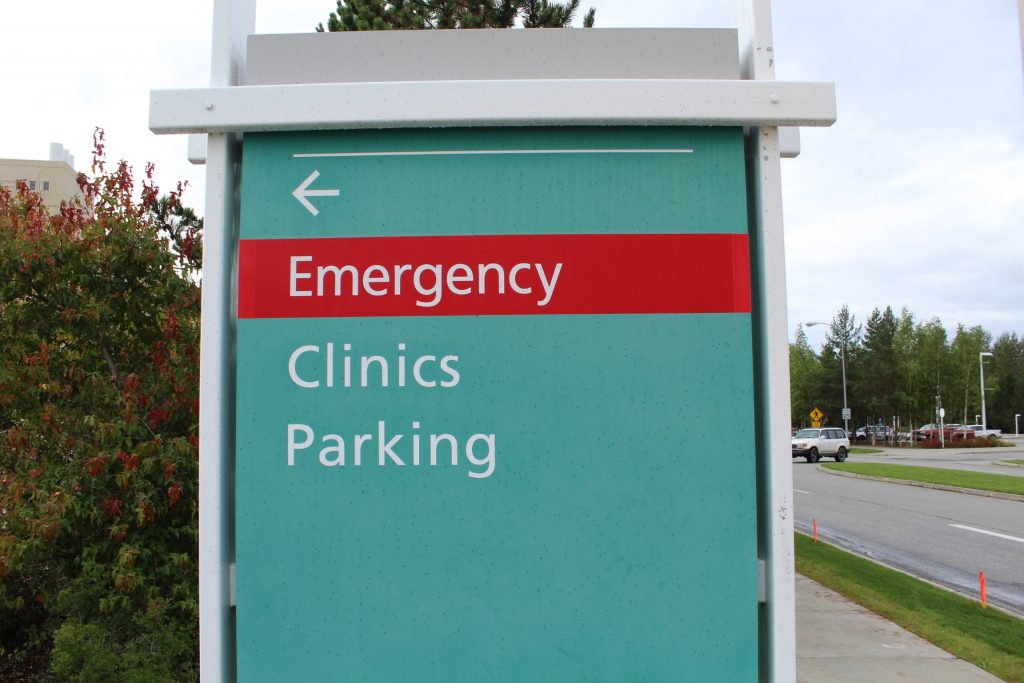 The Indian Health Service is Indian Country’s largest employer. Proposals in the House and Senate would significantly cut Medicaid — a program that accounts of IHS jobs. (Trahant photo)

The Senate is back this week and Republican leaders are once again looking for votes for their health care plan. It’s a tough sell for lots of reasons. The bill tips towards conservatives and moderates say no. Rewrite the language so that moderates are happy — and the conservatives bolt. And it only takes three GOP no votes for this bill to fail.

Both the Senate bill, and the House counterpart, are supposed to be about repealing the Affordable Care Act. But for Indian Country there is something else at stake, jobs.

Some history. I am not sure of the exact year. It probably happened around 1996. That’s when the Indian Health Service became the single largest employer in Indian Country. 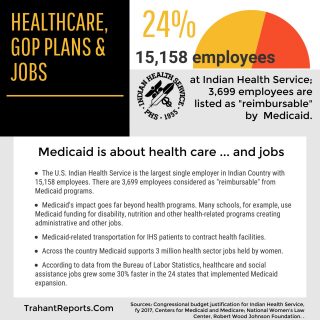 This makes sense when you think about it: Indian health was once a small (unappreciated) division of the Bureau of Indian Affairs. But by 1996 the agency’s budget was larger than the BIA’s — and there were likely more workers. The administration estimates that next year the BIA will have some 6,770 full-time employees while the Indian Health Service will have more than 15,119 employees.

A fast-growing category of jobs is called “healthcare support jobs.” The list here would include Community Health Representatives (long a staple in Indian Country), medical record keeping and coding jobs, as well as different kinds  f medical technicians. These can be good gigs in a rural, tribal community.

That’s an area of jobs where Medicaid funding is key and it’s a resource that would go away in both the House and Senate plans.

Alaska is a prime example. More than half of Medicaid spending serves rural constituents. Medicaid covers two-thirds of all American Indian and Alaska Native children and more than one in four of American Indian and Alaska Native adults. The Urban Institute estimates that the kind of block grants found in the Senate’s Better Care Reconciliation Act would cost the state $590 million in federal funding — a number that would decline even sharper after 2025. And, of course, the job losses would be substantial.

Medicaid already directly accounts for 24 percent of IHS’ workforce, but even that is short of the kinds of jobs that serve tribal communities. It does not include school-based programs. Or those private companies that bill Medicaid for transportation of patients or other patient services.

So as the debate heats up this week, remember that the Senate bill is about a lot more than just how healthcare is delivered. It’s also about jobs. Thousands of jobs. I am Mark Trahant.