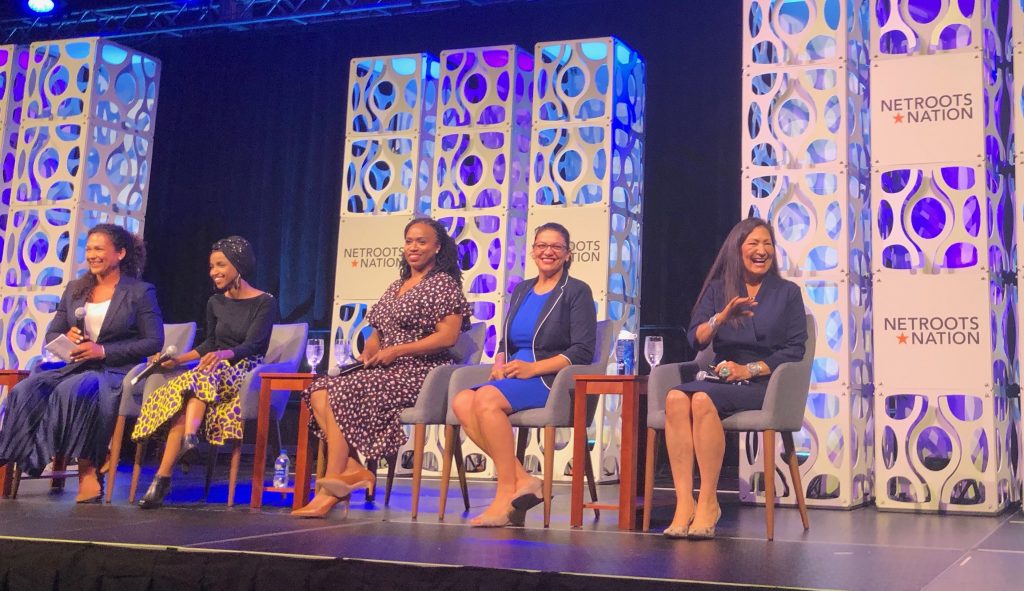 A panel billed as “Making Herstory: The women who are shifting the balance of power in Washington” at Netroots Nation in Philadelphia. Aimee Allison hosts Reps. Ilhan Omar, Ayanna Pressley, Rashida Tlaib and Deb Haaland. (Photo by Mark Trahant)

Over the weekend a panel of progressive women of color in Congress — including Rep. Deb Haaland, a Democrat from New Mexico, talked about why they ran for office and what they hoped to do.

And that was apparently too much for President Donald J. Trump.

Omar talked about her agenda. She said: “There is a constant struggle with people who have power about sharing power and we’re not in the business of asking to share that power, we’re in the interest of grabbing that power.”

And, as if to prove that very point, the President of the United States went on a racist Twitter rant Sunday telling progressive women to go back to their own countries.

“So interesting to see “Progressive” Democrat Congresswomen, who originally came from countries whose governments are a complete and total catastrophe, the worst, most corrupt and inept anywhere in the world  … viciously telling the people of the United States, the greatest and most powerful Nation on earth, how our government is to be run.”

Of course the richest irony of all: Rep. Haaland, Laguna Pueblo, has a family history on this land that began with time immemorial.

Haaland said the work of Congress means being a voice for her constituents. She speaks for  children who are incarcerated in those cages on the Southern border.

In his tweets, President Donald J. Trump did not single out any “progressives.” He later added that it was “sad” that Democrats were defending the progressive women.

The issue that defines the Republican Party of today is immigration. The president defended his policy on the border, including the caging of adults and children because they sought asylum in the United States.

Haaland said this what the United States does.

“My grandmother, when she was eight years old, was taken to boarding school over a hundred miles away from her community. And her father only got to visit her twice because his only mode of transportation was a horse and a wagon,” she said. “And so, and this is the thing, they took him to boarding school and you think they taught in math and science? No, They taught him how to iron clothes and clean churches and things like that. So it’s been happening for a long, long time. You have more control over people when you can separate them. You have control over children. When you can separate the children from their parents,” Haaland said. “It didn’t work then and it’s not working now.” 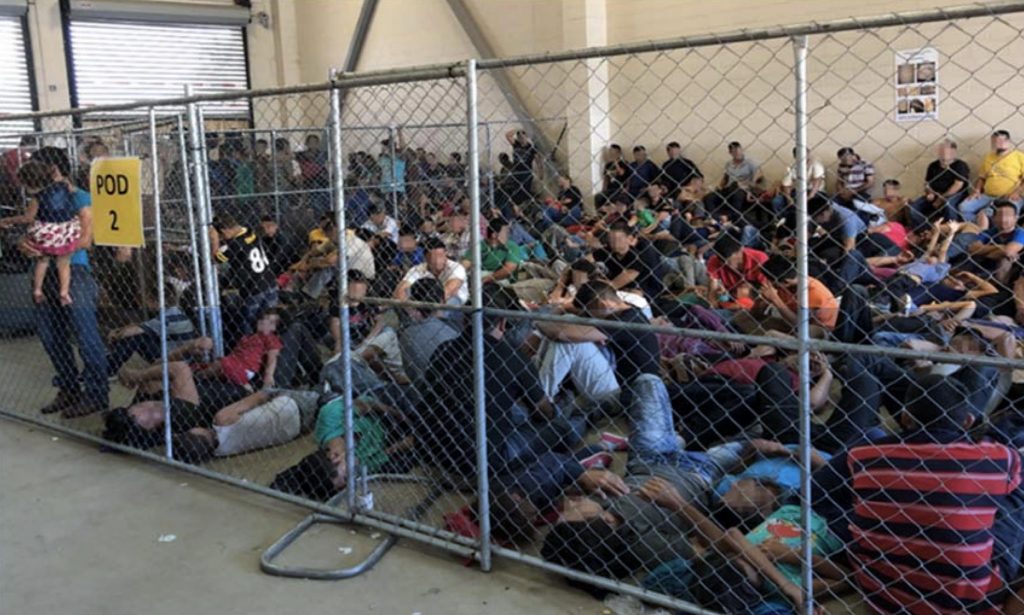 The human crisis on the border is worse than previously reported. The government’s own investigation shows that the treatment of migrants by border officials is a “ticking time bomb” that will continue to escalate. The government has had the report since May, but its contents were only released last week.

The Inspector General for the Department of Homeland Security reviewed five Border Patrol facilities and two ports of entry in Texas and “observed serious overcrowding and prolonged detention of unaccompanied alien children, families, and single adults that require immediate attention.” The report warned of potential riot conditions because of the treatment of those seeking asylum in the United States.

“The current situation on the Southern Border represents an acute and worsening crisis.” The report said. “Our immigration system is not equipped to accommodate a migration pattern like the one we are experiencing now.”

This Inspector General reinforces observations made by the Congressional Hispanic Caucus after a recent visit to the border.

Rep. Joaquin Castro, a Democrat from Texas, said not all of the women in detention had access to water and some of them had not had a bath or shower in more than two weeks. 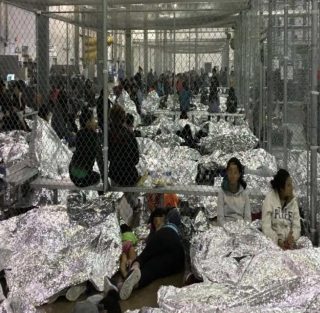 Rep. Castro secretly recorded his visit on a mobile phone. Members of Congress were told by the Border Patrol not to take pictures during their visit.

Other members of Congress reported that the Border Patrol was dismissive of their oversight visit. Rep. Alexandria Ocasio-Cortez, a Democrat from New York, wrote on Twitter, that many of the children she spoke with spoke Indigenous languages. Quote: “Some I met were budding trilingual (speak K’iche’, Spanish & learning English).”

Meanwhile, a U.S. District Court Judge issued a ruling Tuesday that required the government to adjudicate asylum claims faster or release migrants from custody. “The purposes of immigration detention are simple and straightforward: to facilitate removal (if removal is deemed justified), and to prevent flight and harm to the community,” wrote Judge Marsha Pechman from Seattle.

The White House issued a statement calling the decision a “war on the rule of law.” 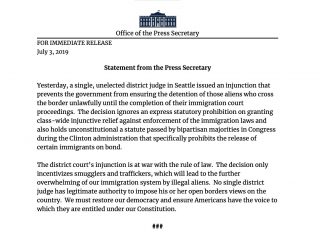 “A  single, unelected district judge in Seattle issued an injunction that prevents the government from ensuring the detention of those aliens who cross the border unlawfully until the completion of their immigration court proceedings,” the White House said.

“The decision only incentivizes smugglers and traffickers, which will lead to the further overwhelming of our immigration system by illegal aliens.  No single district judge has legitimate authority to impose his or her open borders views on the country. We must restore our democracy and ensure Americans have the voice to which they are entitled under our Constitution,” the White House statement said.

Congress, the Trump administration, and indeed, the country, remain deeply divided about what steps should be taken next. And so the crisis on the border is certain to grow worse.