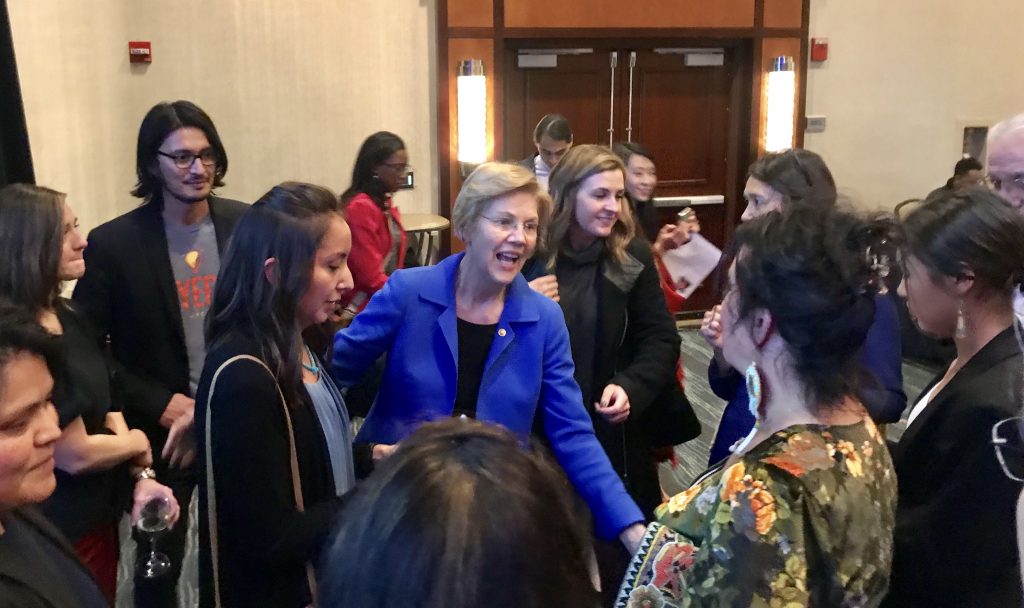 Presidential candidate Elizabeth Warren called for getting rid of the Electoral College.

What would that mean for American Indian and Alaska Native representation?

American Indians and Alaska Natives are about two percent of the population. Yet in Congress, even after historic wins, there are only four Native Americans in Congress, a total of two-thirds of one percent.

And it’s not just the Electoral College. It’s the Senate. It’s the districting system in the U.S. House of Representatives (and for that matter, in most state legislatures). The fact, yes, the fact is that real structure of this democracy does not ensure a reflection of the country.

A vote from Indian Country, at least measured by representation, equals only one-third of one percent. And that is even less so in the Electoral College  because the ballots are cast state by state and are not awarded by congressional district (except in Maine and Nebraska).

Then, as bad as the Electoral College is, the Senate is worse. A voter in Wyoming has 70 more say about the country’s future than a citizen of California. When you think of the diversity in a country of 325 million, what kind of democracy allows states that are nearly all white to have far more power than those states that are more reflective of the entire country?

The Warren debate about the Electoral College so far has been an either, or discussion.

Either presidents are elected by Electoral College or by popular vote.

But the rest of the world already uses other systems of governance, Recently many have been struck by the leadership of Prime Minister Jacinda Ardern as she and her government responded to an act of terror. But it’s also worth considering the structure of her government.

Since the mixed member proportional system began “Maori representation in Parliament has remained at least proportional to the Maori share of the national population,” writes Dominic O’Sullivan, an associate professor at Charles Sturt University in Australia. “The Maori Party advocated for greater tribal authority while in government. Maori voters will expect that advocacy to continue … in short, Maori people and policy influence New Zealand politics in ways that First Nations in Canada do not.” And it’s the same could be said in the United States.

What would proportional representation look like? Amber Ebarb of the National Congress of American Indians has run the numbers. It would mean two Native Americans in the Senate and seven members in the U.S. House of Representatives.

That is a representative democracy.