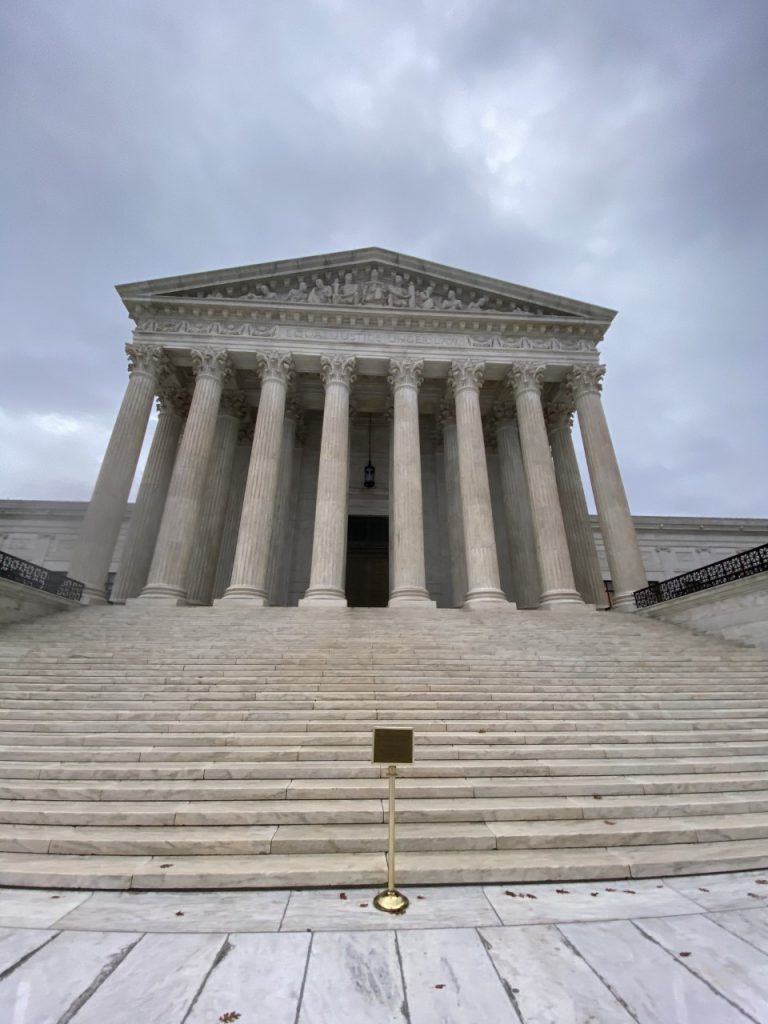 A recent Supreme Court decision made clear that police officers from tribal nations can hold non-Indians if there is a “reasonable belief” that state or federal law has been violated.
Trahant Reports · TR061421SupremeCourt
This is Trahant Reports.
The good news is that it was a 9 to 0 decision — unanimous. And it overturned a lower court ruling that defied common sense, a decision that a Crow police officer should not have held a nontribal member who had drugs and weapons in his truck.
As Indian Country Today’s Kolby KickingWoman reported: The case, United States v. Cooley, involved Joshua James Cooley, a non-Native man parked on the side of Highway 212 that runs through the Crow Reservation in southeastern Montana. Crow officer James Saylor approached the truck and found “watery, bloodshot eyes” and two guns lying on the front seat of the vehicle.
After ordering Cooley out of the truck and a subsequent patdown search, Saylor saw a glass pipe and plastic bag containing meth inside the truck.
A federal grand jury indicted Cooley on drug and gun offenses but he moved to have the evidence found by Saylor suppressed claiming that it was found during an illegal search.
The Supreme Court said that the lower courts’ rulings would “make it difficult for tribes to protect themselves against ongoing threats.”
The Supreme Court said previous rulings support “the general proposition that the inherent sovereign powers of an Indian tribe do not extend to the activities of nonmembers of the tribe … yet, it said, it is not an absolute rule.”
Justice Stephen Breyer, who wrote the opinion for the unanimous court, noted that there are two exceptions to that rule, one of which “fit like a glove” in this case. Those are actions to protect the health or welfare of the tribe.
“To deny a tribal police officer authority to search and detain for a reasonable time any person he or she believes may commit or has committed a crime would make it difficult for tribes to protect themselves against ongoing threats,” Breyer wrote. “Such threats may be posed by, for instance, non-Indian drunk drivers, transporters of contraband, or other criminal offenders operating on roads within the boundaries of a tribal reservation.”
There is a lot of complexity in criminal jurisdiction in Indian Country. That’s because when federal policy changes … the law often does not. So some laws support tribal sovereignty while others undermine that same idea. In the 1950s a number of laws that Congress passed undermined tribal jurisdiction over to state governments, because Congress wanted tribes to go away. That policy, called termination, ended more than 50 years but many of the laws that were passed in that spirit never went away.
And that’s how a common sense decision is a “bare minimum standard” for law enforcement in a tribal nation.
I am Mark Trahant.