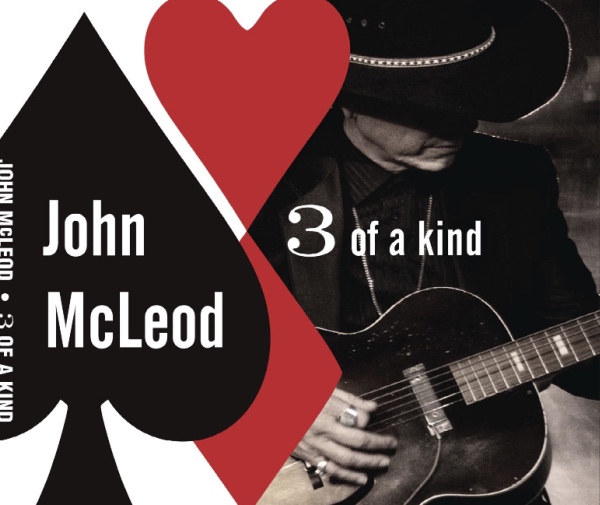 Welcome to Indigenous in Music! This week Larry welcomes from Albuquerque, New Mexico. We have in the house from the SaPa toyack Cree Nation, country Blues musician Mr. John McLeod. He has been enjoying the success of the release of the 3rd album “3 of a Kind” and giving a taste of some of his new singles along the way. Here his music on Spotify 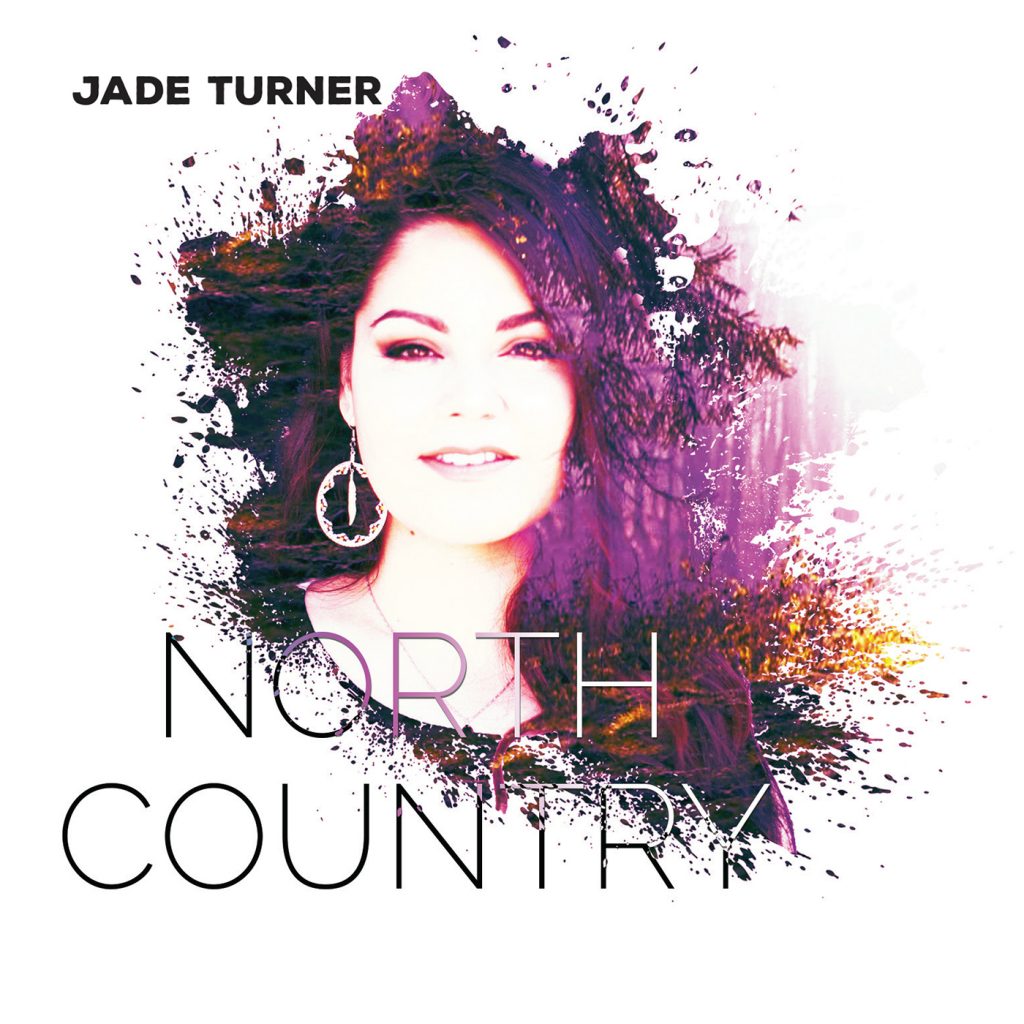 On this on this show he welcomes in our Spotlight from the Cree Nations, Canada, singer, songwriter and country performer, Jade Turner.  She has just released her new album out “North Country”.  You can find out all the Jade and hear her music on the web at jadeturner.ca 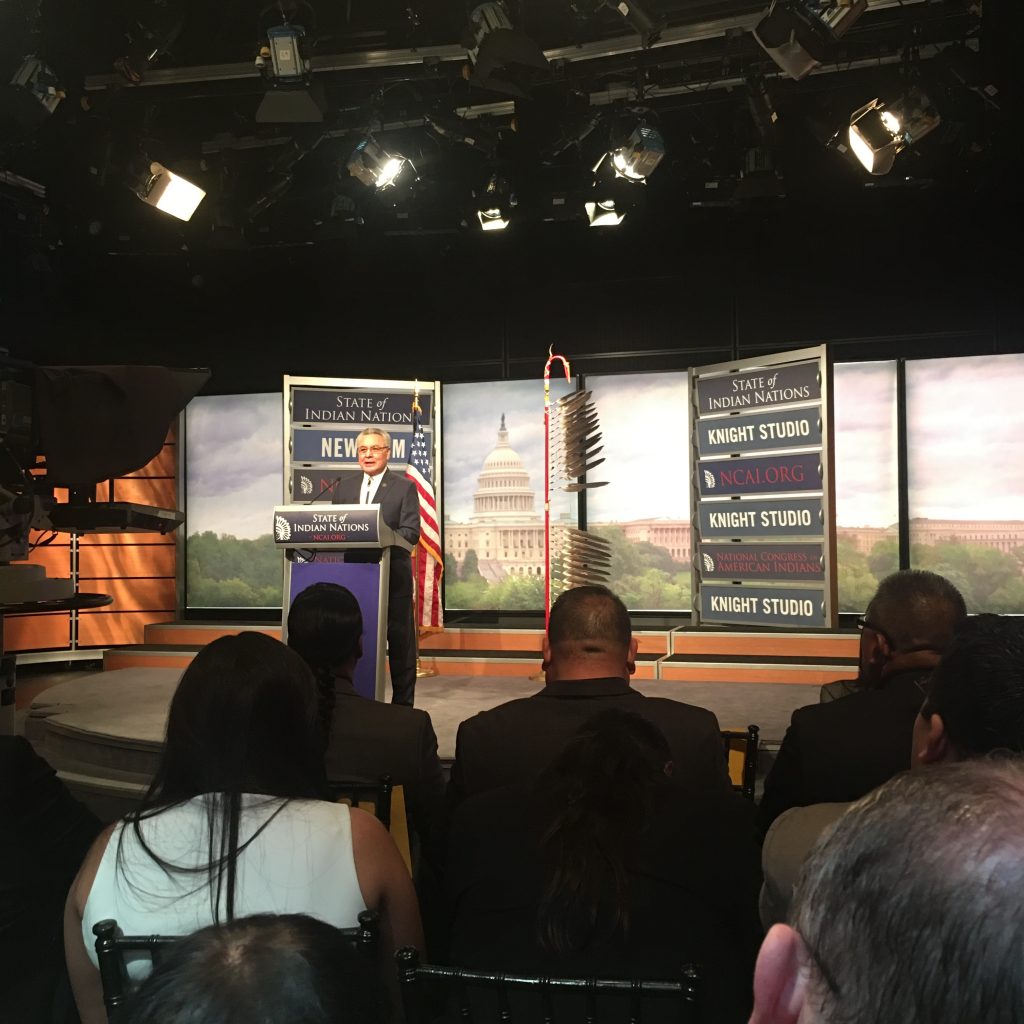 What are the state of 573 tribal nations? Jefferson Keel, president of the National Congress of American Indians, gives his answer at the Newseum in Washington, DC.

The State of the Union is a tradition in Washington. Its roots are in the Constitution as a presidential report to Congress. Members of Congress, the executive branch, and the Supreme Court listen to the words of every president since FDR in an annual report. (Before that there was a presidential message to Congress but some presidents sent it in writing while others went to the Congress.)

These days Indian Country is rarely mentioned in a formal State of the Union. But in July 1970  President Richard Nixon’s sent a special message to Congress on Indian affairs, announcing his policy on self-determination without termination.

But that was rare exception. And not the official State of the Union. So 15 years ago the National Congress of American Indians decided to deliver an annual message about tribal priorities for the Congress and the administration.

On Feb. 12, President Keel called this “an important moment. Our governments and our communities stand on high alert.” He said the echoes of America’s colonial past have continued to reverberate with disparaging rhetoric, failed policies, and, a disregard for the inherent sovereignty of tribal nations.

The recent tax legislation, for example, did not include Indian Country. Keel said tribal leaders met with members of Congress often. He said tribes offered thoughtful, pragmatic, deficit-neutral policy proposals. “But the bill came together in a flurry. And when the dust settled, Indian Country’s top priorities were absent from the version the President signed in December,” Keel said. “That is completely unacceptable.”

There are two pending pieces of legislation that still wait for a tribal voice — the most recent farm bill and a plan for national infrastructure spending. Keel said: “From wild rice and bison to salmon and blueberries, traditional Native foods are not only our way of life but are an economic driver too. Indian agriculture is a 3.2 billion-dollar industry, supporting nearly 72,000 jobs in Indian Country.” So, he added, no farm bill should pass  unless it also listens to and strengthen Indian Country’s agricultural potential.

The country, and Indian country, are better off when there is a recognition of the historic tribal-federal relationship, and when there is a true partnership of consultation between tribes and the federal government.

The State of Indian Nations is more than a tribal wish list. It’s an opportunity for a discourse about where Indian Country stands in the American government. And what the prospects are for improvement. The annual event draws members of Congress, the administration, and the public through a live broadcast. It’s become an important voice reminding the country what could be.

President Keel’s conclusion: “As it has been for thousands of years, the state of Indian nations is strong…. and everlasting.”