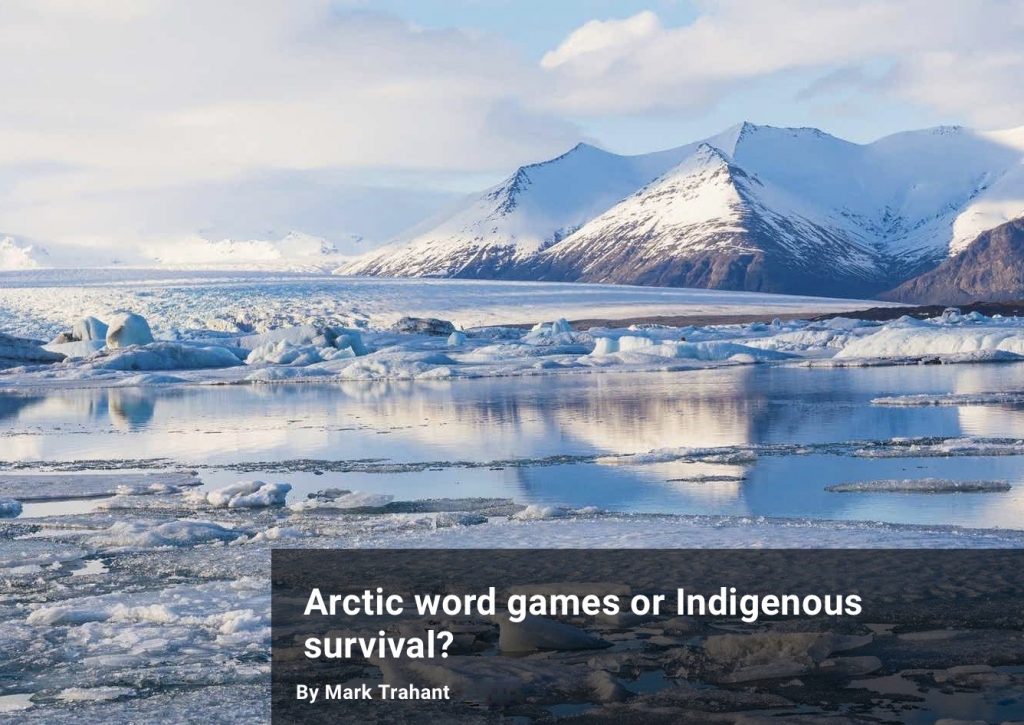 At an international meeting on Arctic policy last week the Trump administration trashed consensus over the words “climate change.”

At the ministerial meeting of the Arctic Council in Finland, US Secretary of State Michael R. Pompeo refused to use the words “climate change” in a joint statement.

Pompeo defined the challenges in the Arctic in largely military and economic terms. “This is America’s moment to stand up, “the Arctic is at the forefront of opportunity and abundance. It houses 13 percent of the world’s undiscovered oil, 30 percent of its undiscovered gas, and an abundance of uranium, rare earth minerals, gold, diamonds, and millions of square miles of untapped resources. Fisheries galore.”

And the challenges of climate change? “Steady reductions in sea ice are opening new passageways and new opportunities for trade,” Pompeo said. “This could potentially slash the time it takes to travel between Asia and the West by as much as 20 days.

Dalee Sambo Dorough called that refusal by the United States a “moral failure.” She is the International Chair of the Inuit Circumpolar Council which represents 165,000 Inuit in Greenland, Canada, Alaska and Russia. She said: “This is the first time the Arctic Council has failed to issue a declaration at the end of a two-year chairmanship, and it’s a serious blow to the future of what is supposed to be a consensus based body.”

The Arctic is warming faster than the rest of the planet, showing temperature increases twice as large as global averages.

Climate change causes rapidly changing living conditions for 4 million Arctic inhabitants, according to research by the Arctic Council. Hunting, fishing and herding activities are threatened by changes in snow and ice conditions. Traditional livelihoods of Indigenous Peoples in the Arctic are at risk.

So Arctic governments, including Indigenous representatives, have been using the tool of consensus in order to meet the challenges.

“Combating climate change is an urgent common challenge for the international community and requires immediate global action,” the Arctic Council members said in unified statement of one kind or another for more than a decade.

Climate change is not the only issue Indigenous people face in the Arctic. During the Arctic Council ministerial meeting, the Inuit Circumpolar Conference called on governments to “address some of the issues important to us: wildlife management and food security; the infrastructure and social services deficit; physical and environmental health issues, including the horror of suicide; and culture and language protection.”

James Stotts said the Arctic’s Indigenous people should be listened to, both to address the problems facing the region and people as well as potential solutions. “Now is the time, he said, “for a unified response to the threat posed by climate change.” 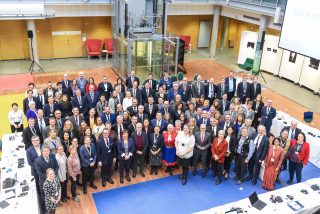 A new climate report released last week by the Trump administration predicts significant — and expensive — impacts on the planet as a result of climate change. The threats from weather-related catastrophes are already clear: Stronger and moreover frequent hurricanes, deadly heat waves, and more intense destructive wildfires.

And that includes a threat to “Indigenous peoples’ livelihoods and economies, including agriculture, hunting and gathering, fishing, forestry, energy, recreation, and tourism enterprises.”

What’s at most at risk is the traditional subsistence economy. Climate change threatens these delicately balanced subsistence networks by, for example, changing the patterns of seasonal timing and availability of culturally important species in traditional hunting, gathering, and fishing areas.”

That’s from Chapter 15 of the federal assessment labeled: “Tribes and Indigenous Peoples.”

One of the case studies focuses on the Yukon Delta in Alaska.

“The Arctic and sub regions are warming faster than anywhere else on Earth. In recent years, residents of the Yukon Delta have noticed unusual conditions. They’ve seen warmer winters with less snow and more unpredictable weather. Ice on the rivers and sea is thinner than in the past, and break-up of ice happens earlier in the year. With reduced snow cover and ice that can’t support the weight of people traveling over it, hunters are restricted to smaller areas, and they can have difficulty harvesting the game upon which they depend,” the case study reports.

The report asks questions that neither Congress nor the Trump administration has answered. Namely: “Especially among young residents, people wonder, ‘Where will we get the resources we need in the future? Will we need to build roads or change some of our traditions to continue thriving?’”

Governments only have two choices when it comes to dealing with climate change. First, spend lots of money trying to slow climate change by reducing fossil fuels and other impacts on the environment. Or, two, spend lots of money adapting to a changing environment. Scratch that: The only issue is how much of our resources will be spent on mitigation (door number one) and how much will be spent on adaptation. Both will be expensive — and tribes will be spending significant sums with or without help from the federal government.

President Donald J. Trump’s White House continues to downplay climate threats. In a statement Friday, spokeswoman Lindsay Walters said the report began in the Obama administration and that it relies too heavily on the worst-case-scenarios.

The National Climate Assessment is required by law.

While the report is clear about the harsh assessment of the impact of climate change, it also says that Indigenous knowledge is essential because of an understanding of complex natural relationships.