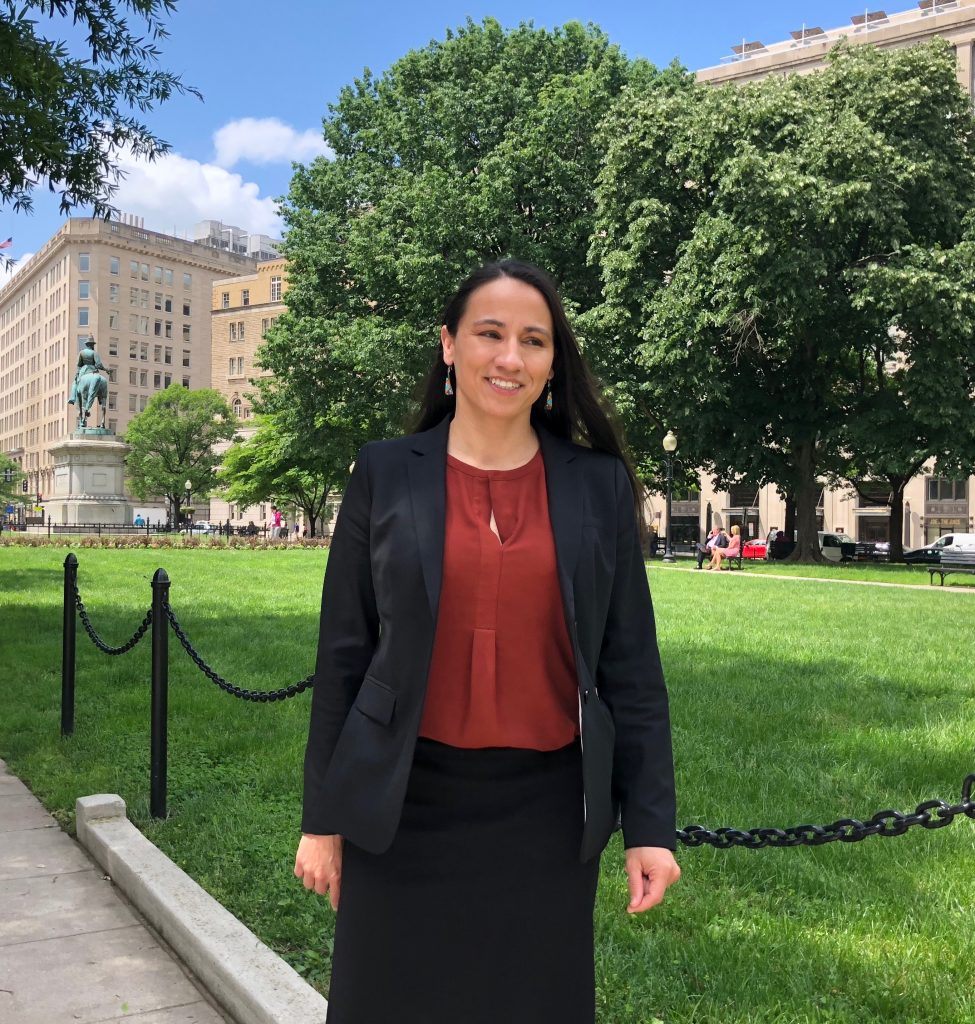 The year we just passed, 2018, was full of interesting issues in Indian Country.
This is Trahant Reports.
The year ended with a government shutdown. The president and the Congress are divided about how much money to spend on a wall, or border security, and how to talk to each other as partners.

The road ahead makes this situation even more complex because for two years President Donald J. Trump has headed a one-party government. That’s done. Now, as we begin this year, Democrats will control the House of Representatives and exert a lot more influence about how policy is shaped.
Twenty-eighteen was a historic year in so many ways. People in New Mexico and Kansas elected the first two Native American women to Congress. And that means there are now four tribal citizens in the Congress, two Democrats and two Republicans.
This year was often called the year of the woman — or even the year of the Native American. Indeed, a lot of progress was made in terms of election.
But there are other ways to look at that landscape.
It was the first time that two Native American women were on the same ballot representing different parties. In Minnesota Lt. Gov.-elect Peggy Flanagan will now be the highest ranking political leader in any state. She is a member of the White Earth Nation.
It’s also the first time a Native millennial — Sharice Davids, who is Ho Chunk — has been elected to Congress. She will make the conversation in Washington richer just because of her view of the world, one that is different from the generations that have served before.
And women are still not equal when it comes to running the political machinery. The Senate has 23 women out of a hundred — 23 percent — and 87 women serve in the House or 20 percent. A long way to go when you consider that females are more than half of our population.
But at least in Congress, unlike the country itself, women are paid the same salary for their work as legislators.
This year had other setbacks. A federal judge struck down the Indian Child Welfare Act as unconstitutional. The law was designed to stop the separation of American Indian and Alaska Native children from their families and tribes. A district court ruling does not change the law, but it sets the issue on a path that will eventually lead to the Supreme Court.
So what’s ahead? The key thing here is to see if the Democrats and the president find a way to govern, to work together. That’s happened before. When Bill Clinton was president he worked with a Republican House to pay down debt and that remains the only time in recent history when the federal budget was balanced.
So cooperation is possible. We shall see if that happens in 2019. Happy New Year. I am Mark Trahant.