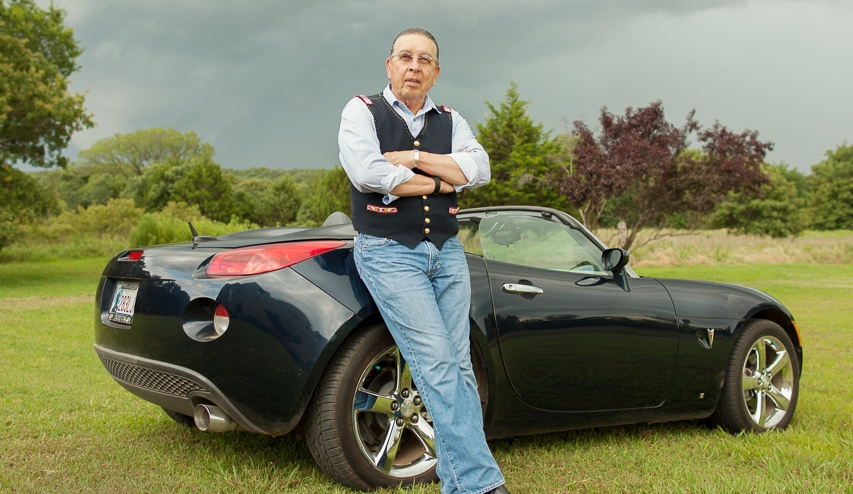 Monday, July 10, 2017 — Native in the Spotlight: Harvey Pratt
Harvey Pratt (Cheyenne, Arapaho) is a self-taught artist whose work helped find murderers across the country. He’s also illustrated Bigfoot likenesses based on witnesses’ sightings. He’s currently a chairperson on the Indian Arts and Crafts Board. He was named a peace chief by the Southern Cheyenne Chief’s Lodge. Much of his artwork includes traditional Native aesthetics.

Tuesday, July 11, 2017 — Awesome jobs
Some of us punch the clock every day and wait for the weekend. Others seem to have found the secret for work that is rewarding. We talk with some inspiring Native people about their cool jobs and how they got them. We’ll also explore some strategies for making your current job satisfying and fun. Join our conversation and tell us why you think your job is awesome.

Wednesday, July 12, 2017 — The new roles for Urban Native American centers
Urban centers for Native Americans started springing up in cities in the 1950s following passage of the Indian Relocation Act. Thousands of Native people relocated from reservations and rural communities and the centers opened to help them connect with their cultures and each other. Today, urban Native centers serve a variety of purposes that include education and referrals for health, safety, and social services.

Thursday, July 13, 2017 – July Music Maker: Lisa Muswagon
Performer Lisa Muswagon, Nakoda Cree and member of the Pimicikamak Cree Nation, was given the gift of the hand drum by her father when she was young. Today she is using it as a tool to share stories. Her debut album, “Buffalo and Rabbits” takes us to the tale of Wapos, a rabbit, and Pison, a buffalo, and their journey to the heart of round dance. This musical story earned her a nomination for Best New Artist at the Indigenous Music Awards.

Monday, June 26, 2017 – June Book of the Month: “Edge of Morning: Native Voices Speak for the Bears Ears”
The story of Native Americans and the connection to the land is one that extends back generations. It is also woven through Native language and traditions. So when this connection is threatened it is no surprise Native voices speak up. This is the case with Natives from different nations who are speaking out on the designation of Bears Ears as a National Monument. U.S. President Barack Obama made the designation before he left office and the current administration is challenging that. Our June Book of the Month takes the issue head-on with Native voices and explores the reasons this area in Utah should be protected. We’ll visit with the book’s editor, Jacqueline Keeler (Dakota/ Diné), and other contributors.

Tuesday, June 27, 2017 – Trademarking offensive mascots
A unanimous Supreme Court recently struck down an obscure provision in trademark law. It’s a victory for free speech, but a major blow for those working to force a name change for the Washington DC NFL football team. The Court calls the provision unconstitutional. Team owners are celebrating in the end zone. The National Congress of the American Indian, meanwhile, calls the ruling, ‘disappointing’.

Wednesday, June 28, 2017 – June Music Maker: Raye Zaragoza
With roots in the O’odham Nation, Raye Zaragoza steps into the Native music scene with her debut album “Fight for You.” Many of the lyrics on this album are a reflection of the times, including a song dedicated to those working to protect water and sacred places. Raye’s soulful voice gracefully drifts over the notes and lets listeners melt into her creativity. She’ll talk with us about why she feels music is a pathway to understanding.

Thursday, June 29, 2017 – Should we be celebrating?
This year marks two 150th anniversaries. The places we know today as Canada and Alaska are marking their sesquicentennials with historical exhibits, concerts, and other events. But in both places, the historical milestone is difficult for Indigenous people. Is there a way to acknowledge the legacy of violence and oppression against Native people alongside the flag-waving celebrations?

Friday, June 30, 2017 – June in the News
There’s a possibility a judge could shut off the Dakota Access Pipeline over the lack of a proper environmental review. U.S. Interior Secretary Ryan Zinke recommends trimming the size of Bears Ears National Monument. The final fate of that land and other monuments is still up in the air. At the same time, the size of the Interior Department is also slated to shrink, with implications for Indian Country. Join us as we catch up on the news. 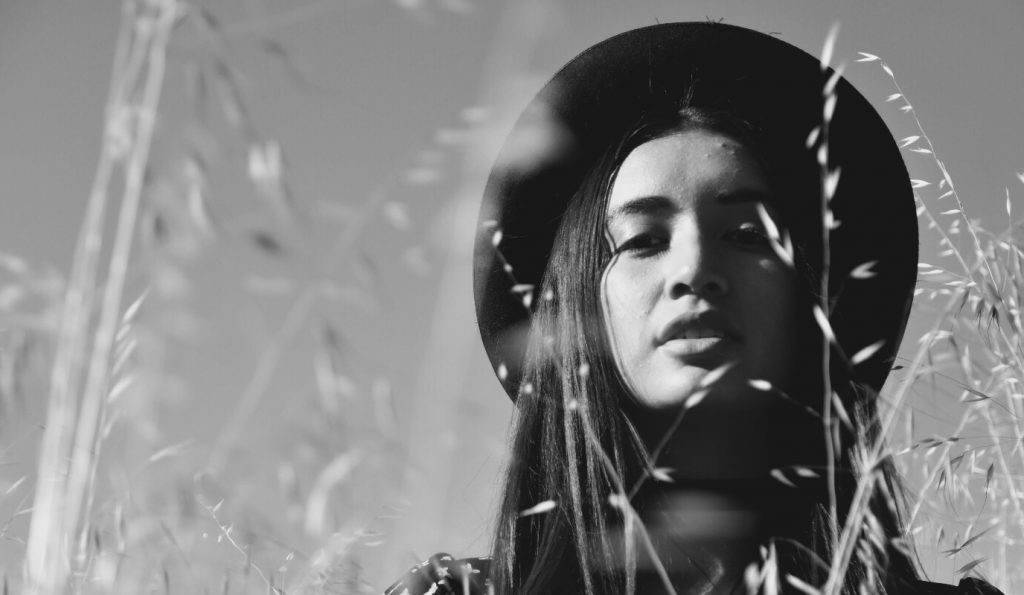 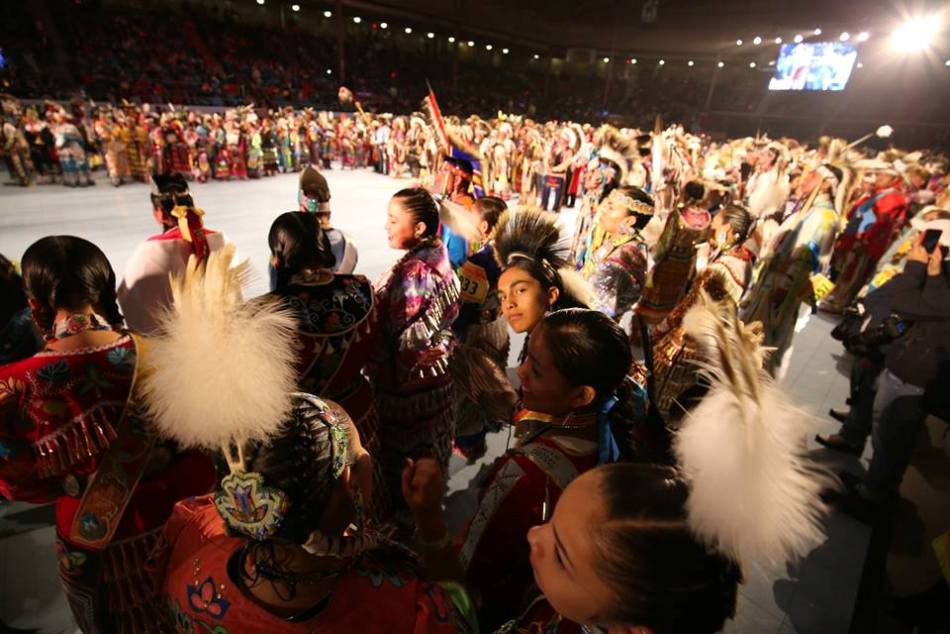 Monday, June 19, 2017 — Buying a home
For many people, buying a home is a big step in building equity and creating individual wealth. But the process is complicated. It requires saving a large down payment and qualifying for a mortgage. We’ll talk about what it takes to buy a house and what other kinds of benefits come from owning your own home, whether it’s in the city or on your tribe’s reservation.

Tuesday, June 20, 2017 – A look at Navajo documentaries
Two documentaries, funded in part by Vision Maker Media, explore unique experiences for members of the Navajo Nation. In the film “The Mayors of Shiprock,” young people from the Diné Youth Committee, meet weekly to explore ways to make changes in their community. “Metal Road,” follows three Navajos who work on the railroad as they change railroad tracks across the country. We’ll talk with Navajo filmmakers Ramona Emerson and Sarah Del Seronde about their films.

Wednesday, June 21, 2017 — Safety at work and home
Accidents are the third leading cause of death for Native Americans, according to the Centers for Disease Control and Prevention (CDC). And Natives are 42 percent more likely to work in high risk occupations, according to the CDC’s National Institute for Occupational Safety and Health. There are plenty of things employers and individuals can do to prevent accidents and injuries from happening at home and in the workplace. We’ll hear from tribal safety specialists on how to create safe environments.

Thursday, June 22, 2017 — Beyond traditional Native art expressions
Some Indigenous artists are pushing the envelope. Potters, painters and sculptors are creating works that stretch what’s considered traditional. We will take a look at how Native art is evolving and how artists are invoking tradition in new and innovative ways.

Friday, June 23, 2017 – Powwow etiquette
Never touch a powwow dancer’s regalia or a singer’s drum without asking. Follow the emcee’s instructions to know when to stand. Stay off the arena floor unless invited. Those are some of the universal practices that will keep you in good standing if you go to a powwow. Whether you were born into a powwow family or are a new visitor to the dance circle, it’s important to know the protocols and appropriate behavior. We’ll talk with powwow veterans about the best ways to ensure everyone has a meaningful powwow experience.

Monday, June 12, 2017 – Viewing protesters as extremists
A private security firm hired by the company building the Dakota Access Pipeline suggests pipeline protesters share traits with militant extremists. That’s according to an analysis by the online publication, ‘The Intercept’ that received leaked documents, reportedly from the consulting company TigerSwan. Those documents paint a different portrait of the ‘water protectors’ that staged mostly peaceful protests at the pipeline construction site near the Standing Rock Sioux Reservation. Most of the protesters were representatives from tribal communities. The gathering banned weapons and urged an atmosphere of reflection and prayer.

Tuesday, June 13, 2017 — What’s your ‘side hustle’?
For many of us, making ends meet requires more than just a nine-to-five office job. For others, having a side hustle is a good way to explore a personal passion or build skills that don’t quite pay the bills. Do you spend your evenings beading or building web pages for friends? We’ll talk with some enterprising people about holding down multiple jobs at once and what you need to know to get going on your side hustle.

Wednesday, June 14, 2017 – Keeping the Paris Accord
Some tribes and tribal organizations say they will continue to advance the Paris Accord on climate change. Those commitments come despite President Donald Trump’s decision to pull the United States out of the agreement. The National Congress of American Indians and the Native American Rights Fund are among those expressing concern with Trump’s decision, saying Indigenous people are disproportionately affected by the effects of climate change. What can tribes do to make a difference in the face of the U.S. withdrawal?

Thursday, June 15, 2017 — World Indigenous Nations Games 2017
Thousands of Indigenous athletes from 29 countries are gearing up for the second World Indigenous Nations Games. They will be held July 1 to 9 in Alberta, Canada. Athletes compete in some mainstream sports like soccer, but also more traditional competitions like hand games, log races, lacrosse, and bow and arrow shooting. It’s a display of Indigenous strength, skill and culture and we’re getting a preview from the athletes and organizers.

Friday, June 16, 2017 – Preparing for fire season
Some tribes are responsible for managing sizable forests and wilderness areas. As the weather dries out and temperatures rise, the threat of wildfires increases. Managing forests and anticipating the fire threat is a complex and sometimes controversial process. Fighting fires when they flare up is also a seasonal employment opportunity for many people from Native Nations. We’ll talk about the business and the constant vigilance for fighting fires. 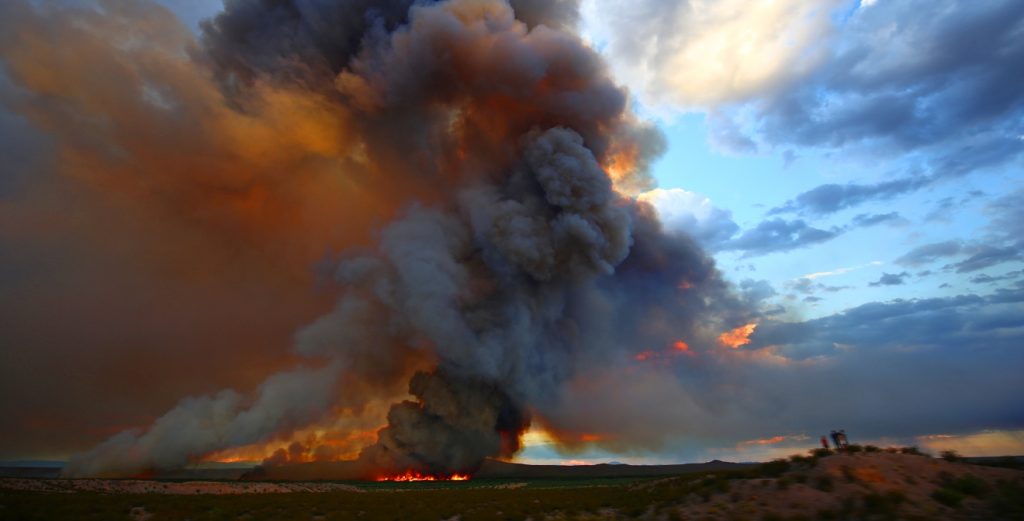 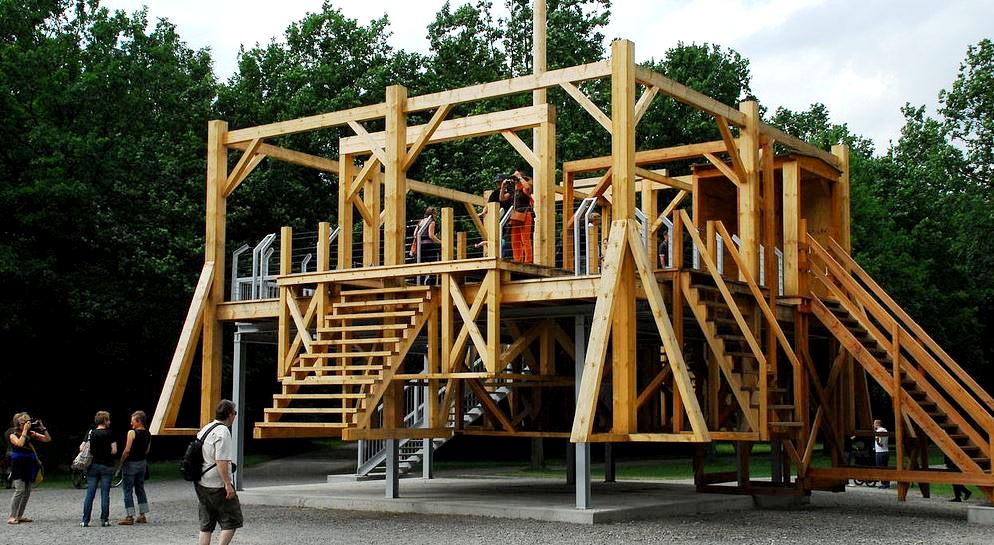 Monday, June 5, 2017 – Dismantling insensitive art
The Minneapolis Dakota community successfully negotiated the removal of a controversial sculpture at the Walker Art Center. Activists and community members protested artist Sam Durant’s piece “Scaffold” which is fashioned after several historical hanging gallows. The artist said it’s partly based on the structure used to hang 38 Dakota men in Mankato Minnesota in 1862. The Minneapolis Native community said it diminished the history of the Dakota 38. Now the structure will be dismantled and burned.

Tuesday, June 6, 2017 – Hollywood whitewashes a Native Hawaiian film
Producers for the movie version of the “Ni’ihau Incident” are casting white actors to play people of color. Actor Zack McGowan will play Native Hawaiian Benehakaka “Ben” Kanahele, who was a key figure in the World War II event. It’s a true account of a Japanese pilot who crashed on a Hawaiian island. The choice of McGowan in the lead prompts the recurring question of why the role wasn’t offered to a Native Hawaiian.

Wednesday, June 7, 2017 — When love turns into enabling
What feels like support for someone in the grip of addiction could actually make things worse. Family and friends naturally want to help someone whose life dissolves into homelessness, crime or other dangerous conditions that can accompany addiction. That help can cross the line into enabling.

Thursday, June 8, 2017 —Auction house ignores pleas to stop damaging sale
The Hopi Tribe and others find themselves in the position—again—of trying to stop a damaging sale of items by a French auction house. The EVE auction house is holding its sixth auction of Native American objects later this month, selling items from several tribes. Many of the items are considered sacred. A bill to curb some sales died in Congress. Sponsors of the STOP Act (Safeguard Tribal Objects of Patrimony) say they plan to bring it back, but it still lacks power to stop international sales like the upcoming auction.

Friday, June 9, 2017 – Native in the Spotlight: Kristina Bad Hand
Entrepreneur and comic artist Kristina Bad Hand (Sičháŋǧu Lakota/Cherokee) explores the intersections between pop culture and Native life. She creates bold, striking and sometimes brash images. From making Lakota playing cards to re-envisioning Beauty and the Beast, she has a talent for putting her own cultural flair to familiar subjects. We’ll chat with her about her art, working with Native youth, and the challenges of starting a business.