Monday, Sept. 25, 2017 — Getting to the root of Alaska suicides with “We Breathe Again”
The new documentary, “We Breathe Again” premieres on PBS on Sept. 26. It puts faces to the troubling issue of suicide in Alaska. A 2012 study by Alaska State Epidemiology found suicide rates among Alaska Native men ages 15 to 24 are more than three times higher than their non-Native counterparts. The filmmakers go beyond the statistics and expose the underlying causes and the daily human struggle to rise above the heartbreaking momentum.

Tuesday, September 26, 2017 – Rethinking reenactments
Resentment by Native people in New Mexico is rising over an annual reenactment of Spanish conquistadors retaking Santa Fe in 1692. Frustration boiled over this year, resulting in the arrest of eight people protesting the Entrada de Don Diego de Vargas.
Organizers of the annual pageant say they’re commemorating a “peaceful resettlement.” Native opponents say the demonstration does not accurately represent the bloody oppression that accompanied the actual historical events.

Wednesday, September 27, 2017 –Book of the Month: “Indigenous Women Entrepreneurs of New Mexico”
The experiences of Indigenous women heading up their own businesses and the lessons they learned are the focus of our Book of the Month feature. “Indigenous Women Entrepreneurs of New Mexico: Surpassing Barriers and Stereotypes” opens the doors to the lives of a handful of women from different tribal nations. The book details their pursuit of business practice and philosophy that integrates their indigenous values and traditions. We meet some of the book’s contributors and learn how they carved out a space for their ambitions and ideas.

Thursday, Sept. 28, 2017 — Adjusting to vision loss
In addition to the difficulty of relearning some daily tasks, sighted people who experience vision loss are more likely to report depression, according to the Centers for Disease Control and Prevention. The National Eye Institute warns that 16 percent of Native Americans are at risk for developing diabetic retinopathy, the leading cause of blindness in adults. Cataracts, glaucoma, macular degeneration and stroke are some of the other causes of vision loss.

Friday, September 29, 2017 –September in the news
Indian Country Today Media Network is “taking a hiatus to consider alternative business models.” We’ll talk with Native journalists about the future of Native media. Also the leaders and members of the Navajo Nation are discussing lifting a 2002 moratorium on genetic research. And will the Trump administration dramatically reduce the boundaries of Bears Ears?

Tuesday, September 19, 2017 — Fixing roads in Indian Country
By the Bureau of Indian Affairs’ own standards, the vast majority—83 percent—of the roads the agency oversees are in unacceptable condition. Pot holes, wash-outs and broken bridges make it hard for people in Indian Country to get to work and for goods to get where they need to go. The federal Tribal Transportation Program is ramping up and is slated to spend $500 million a year through 2020 on tribal road projects.

Wednesday, September 20, 2017 – Floating tradition
Qayats, bull boats, and birch bark canoes all have traditionally carried Native people over the water. In some communities the craft of making boats using traditional methods and materials continues. On the Lac Courte Oreilles Band of Lake Superior Chippewa reservation, a learning group is working on making traditional birch bark canoes. We’ll talk with them about their tips and techniques about traditional boats.

Thursday, Sept. 21, 2017 — Museums mending ties
Decades after the University of New Mexico’s Maxwell Museum of Anthropology acquired a totem pole under dubious circumstances, the family of the pole’s carver came to the institution to rededicate it in its new home. The new superintendent of a U.S. National Monument in Iowa says he will dedicate his tenure to correcting past disrespectful behavior involving effigy mounts. He’s even launched a criminal investigation. Is there momentum for mending relations with tribes over past illegal and unethical indiscretions?

Friday, September 22, 2017 – Music Maker: Lee Tiger
Native music veteran Lee Tiger (Miccosukee) says his new album, “One Earth, One People, Come Together,” is a pathway to global harmony. He says the concept is an extension of what his father, Buffalo Tiger, instilled in him. Tiger hopes the songs on the album will inspire audiences to reconnect to what he calls a global chain of love that’s been overlooked and uncared for. 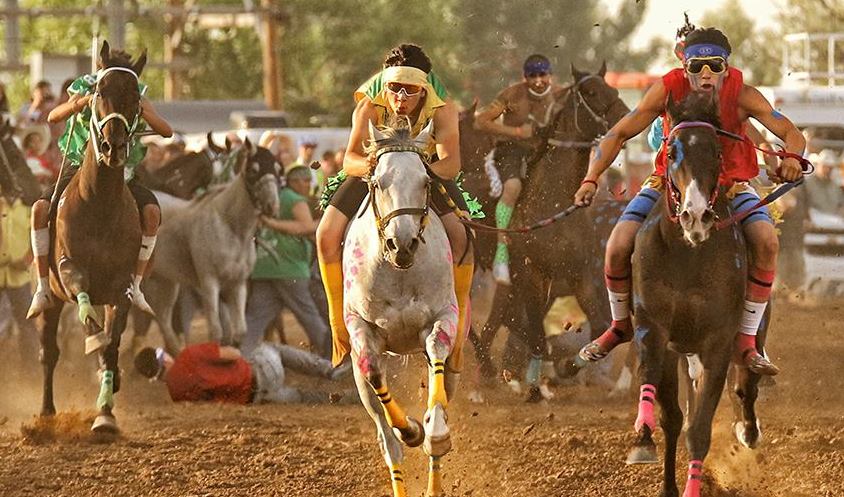 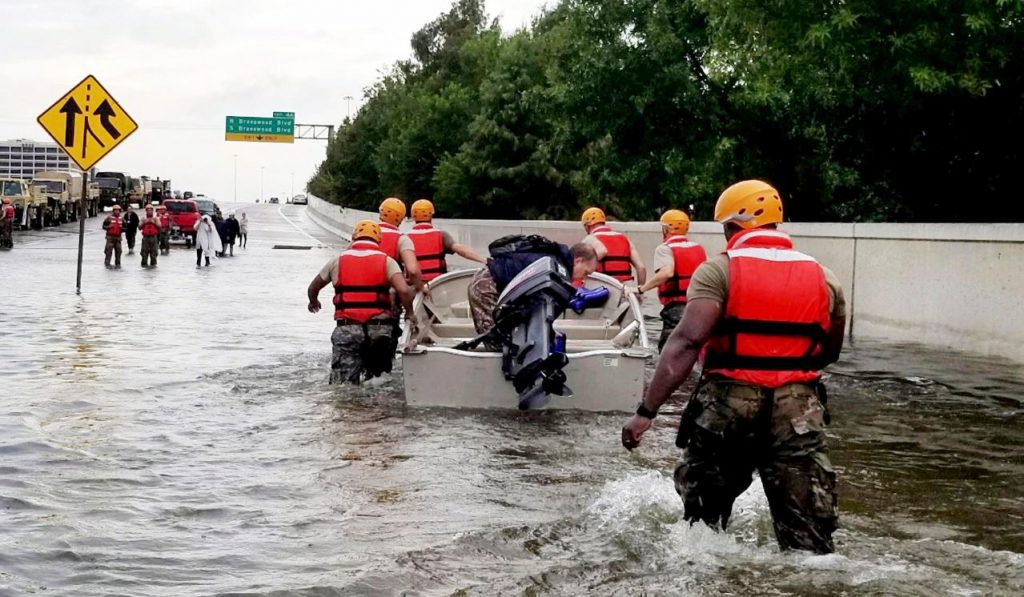 Monday, September 11, 2017 — Before disaster strikes
As the flood waters from Hurricane Harvey recede, the death toll in Texas continues to rise and thousands of people remain displaced. Attention is now shifting to the destruction from Hurricane Irma in Florida and other southeast coastal states. The Seminole Tribe of Florida closed their tribal offices and began warning its citizens of potential dangers long before the storm made landfall. It’s a good time to remind ourselves about ways to prepare for disasters ahead of time. We’ll also find out how tribes are responding to natural disasters like hurricanes, tornadoes and wildfires.

Tuesday, September 12, 2017 — The warning signs of self-injury
The National Alliance on Mental Illness calls intentionally injuring one’s self by cutting, burning or some other method a misguided way of coping with emotional distress. Statistics on how self-harm affects specific populations are hard to come by. One study by the Johns Hopkins Center for American Indian Health in 2008 looked specifically at the White Mountain Apache Tribe and found children as young as 10 harming themselves. It concludes it’s a mental health concern that goes largely unaddressed in the tribe and mostly likely other tribal nations. Several tribes have developed systems to monitor self-harm as a way to prevent suicides.

Wednesday, September 13, 2017 – On the defense against environmental policy
Tribes and individual Indigenous people are increasingly in the path of oil pipelines and other energy infrastructure projects. At the same time, the spotlight is on a seemingly decreasing ability by tribes to alter environmentally harmful policies. One Lumbee environmental scientist thinks the environmental assessment for the Atlantic Coast Pipeline largely ignored populations of Native Americans in North Carolina. Tribes are also fighting pipeline proposals in northern Minnesota, British Columbia, and North Dakota. That’s in addition to environmental fights in Arizona, Washington state and Alaska among others.

Thursday, September 14, 2017 – Native parent help on the chopping block
Unless Congress steps in, funding for the Maternal, Infant, and Early Childhood Home Visiting program is set to expire at the end of the month. The program provides resources for new families who can benefit from guidance in the first few weeks of parenthood. We’ll talk with organizations that depend on this money to provide what they say are vital services for Native Nations.

Friday, September 15, 2017 – Satire: not your grandma’s fake news
With headlines like “ASU Study Suggests George Strait Theory Replace Bering Strait Theory” and “Navajo Man Hikes Large Hill to Use Dating App,” the satirical online paper, “Tlo’chi’iin News,” tackles real political issues with a humorous Navajo perspective. We’ll talk with the creator and some of the contributors about their inspiration and how far is too far when it comes to satirizing Navajo and other Native topics. 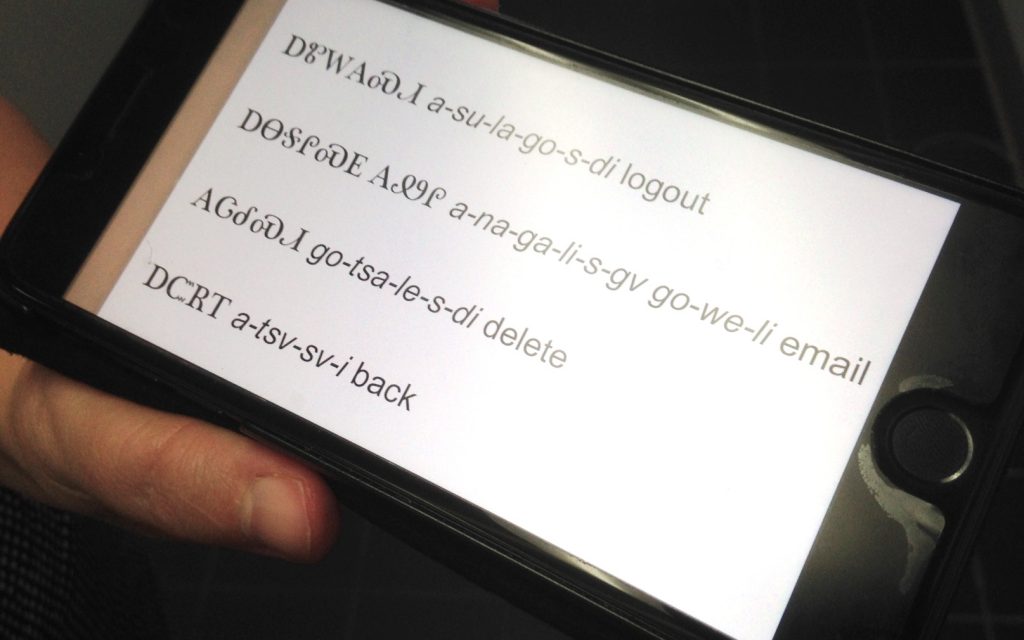 Monday, September 04, 2017 – A visit with the Native cast of “Wind River”
The movie “Wind River” is now showing in many cities across the country. Audiences have had a chance to peer into writer and director Taylor Sheridan’s story set on a Wyoming reservation. It follows the story of a game tracker played by Jeremy Renner and a rookie FBI agent played by Elizabeth Olsen as they uncover the full story of a murder of a Native woman. In this special pre-recorded program we turn our focus to the film’s Native cast and their hopes on how the film will impact moviegoers.

Tuesday, September 5, 2017 —40 Under 40
The National Center for American Indian Enterprise Development is recognizing 40 Native business and community leaders this week. It’s the official ceremony to honor their list of 40 Under 40—people who are all under the age of 40 who have achieved notable successes in business or have made significant contributions to Native communities. In this program, we’ll talk to past awardees and learn more about what it takes to be a successful mover and shaker in Native America.

Wednesday, September 6, 2017 – Court victory for Cherokee Freedmen
A new federal court ruling says Cherokee Freedmen are entitled to tribal citizenship. The Freedmen are decedents of former slaves. In the 78 page ruling, U.S. District Court Judge Thomas F. Hogan said a treaty signed in 1866 clearly guarantees them citizenship. He also states “The Cherokee Nation’s sovereign right to determine its membership is no less now, as a result of this decision, than it was after the Nation executed the 1866 Treaty.”

Thursday, September 7, 2017 — Conflict over fish farming
A fish farm pen broke last month and released about 200,000 Atlantic salmon into the waters around the San Juan Islands in Washington state. National Congress of American Indians President Brian Cladoosby is among the many Native fishermen now trying to catch the invasive salmon. He says the fish threaten the wild Pacific salmon fishery with predation and the threat of disease. “These fish have infected the entire Salish Sea,” he said. The inadvertent release is one of several problems cropping up in the Pacific Northwest and in Canada involving salmon farms.

Friday, September 8, 2017 – Living languages
A group of Lakota elders got together and decided the word for ‘food processor’ in their language is wóyute inákpaŋ. The Chickasaw word for ‘teleconferencing’ is holba’ aaittafamma anompoli’. These are examples of how languages adapt to new things that inevitably present themselves. We’ll discuss some of the more notable new words in certain languages and how some tribal linguists find ways to adjust to reflect their living languages.

Monday, August 28, 2017 – A career in medicine
Of the more than 88,000 students enrolled in U.S. medical schools last year, a mere 223 were Native Americans. That’s according to the Association of American Medical Colleges. The Indian Health Service offers several scholarships to encourage more Native students to consider the field of medicine.

Tuesday, August 29, 2017 –Music Maker: Tha Yoties
We’re going to howl alongside Tha Yoties out of Arizona and their new album “Midnight Patrol.” We’ll be sharing tunes from the album as we dig into the band’s conscious message about Native nations and the lands that are connected to them. Join us as we visit with Tha Yoties.

Thursday, August 31, 2017 – Native fashion now
Native fashion designers are putting their talent on the runway more and more with designs that include floral pattern bodycons and geometric pattern corset dresses. This year, the Santa Fe Indian Market continued their tradition of holding an haute couture fashion show with 11 Native designers.

Friday, September 1, 2017 — Tribal growers brace for new food safety rules
New federal food safety rules are looming across the country. They’re aimed at ensuring consumers aren’t harmed by contaminated produce, but many growers say the rules are stepping on tribal sovereignty. In addition, opponents say the provisions in the law are confusing and onerous. President Barack Obama signed the Food Safety Modernization Act (FSMA) in 2011. Its implementation is being phased in, with some larger tribal businesses having to start compliance next year. 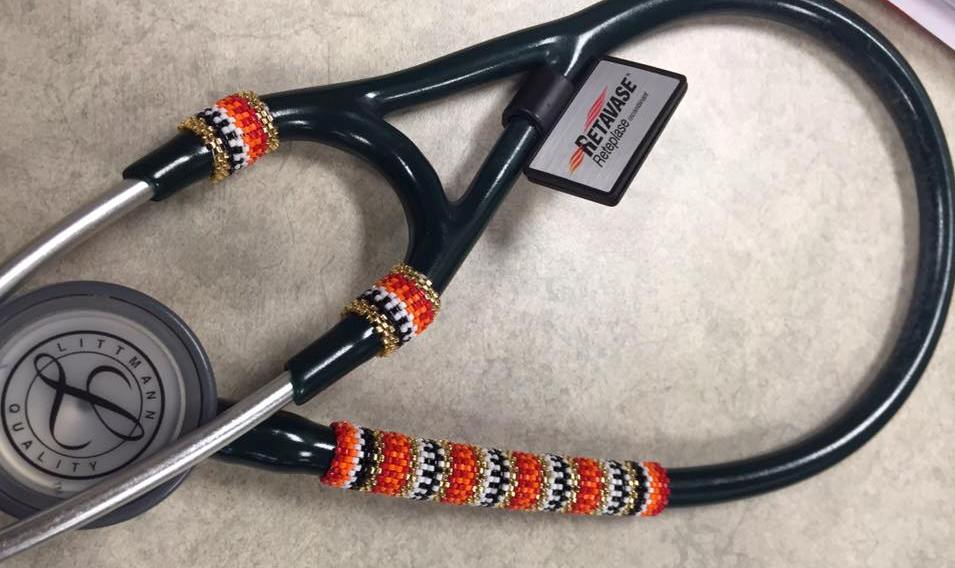 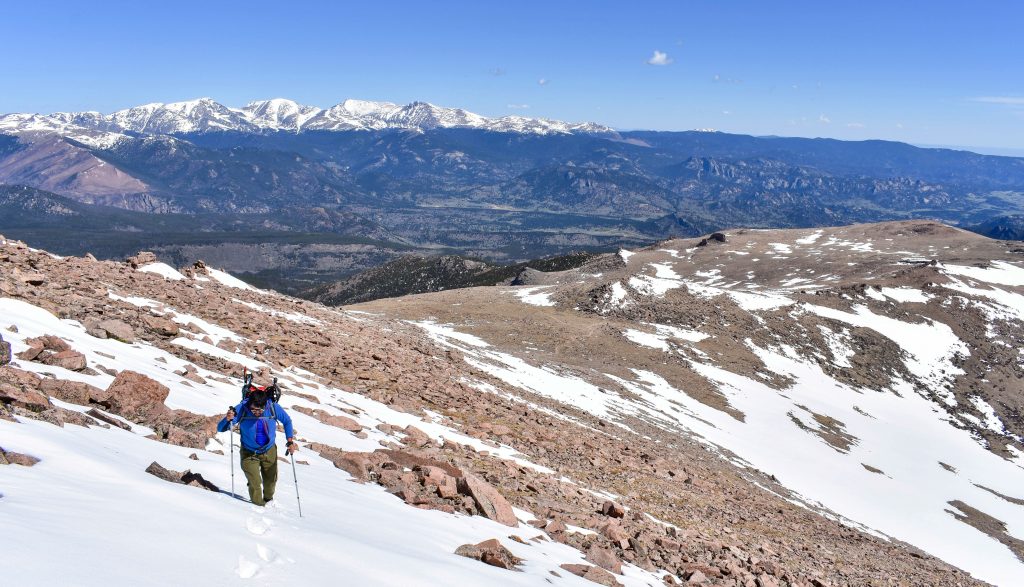