Even after the initial trauma, invasive medical exams, and difficult police questioning, a woman in Nome who reports sexual assault must also confront the likelihood her complaint will go nowhere. She may never learn the fate of her case in the law enforcement system. National Native News takes a look at the climate of fear, mistrust and despair that arises when perpetrators don’t face any consequences. A group of mostly Alaska Native women have been working for years to change the narrative coming from a mostly male, non-Native government and legal structure. 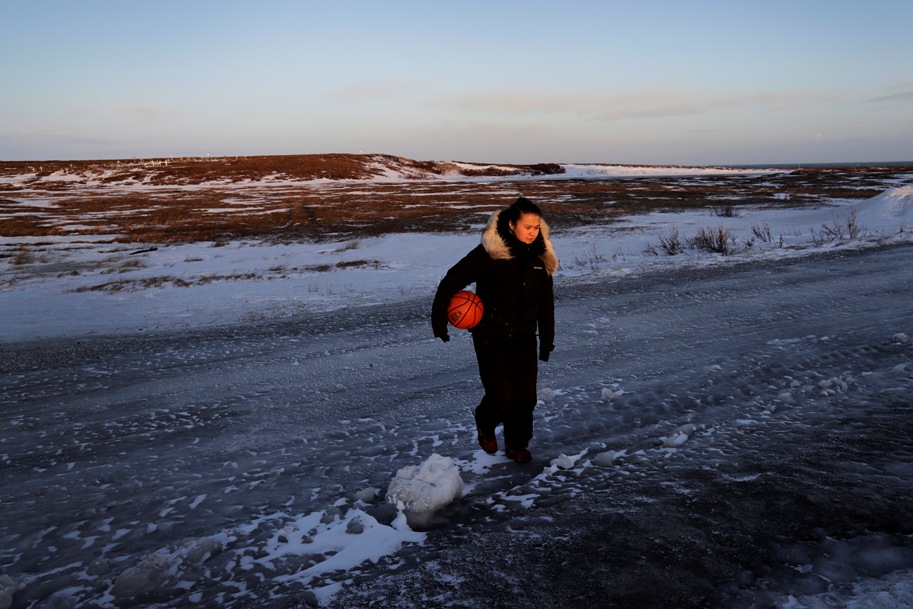 Deidre Levi carries her basketball as she walks to work in St. Michael, Alaska. Levi says she spoke up about being sexually assaulted because she wanted to be a role model for girls in Alaska. (AP Photo/Wong Maye-E, Feb. 17, 2019) 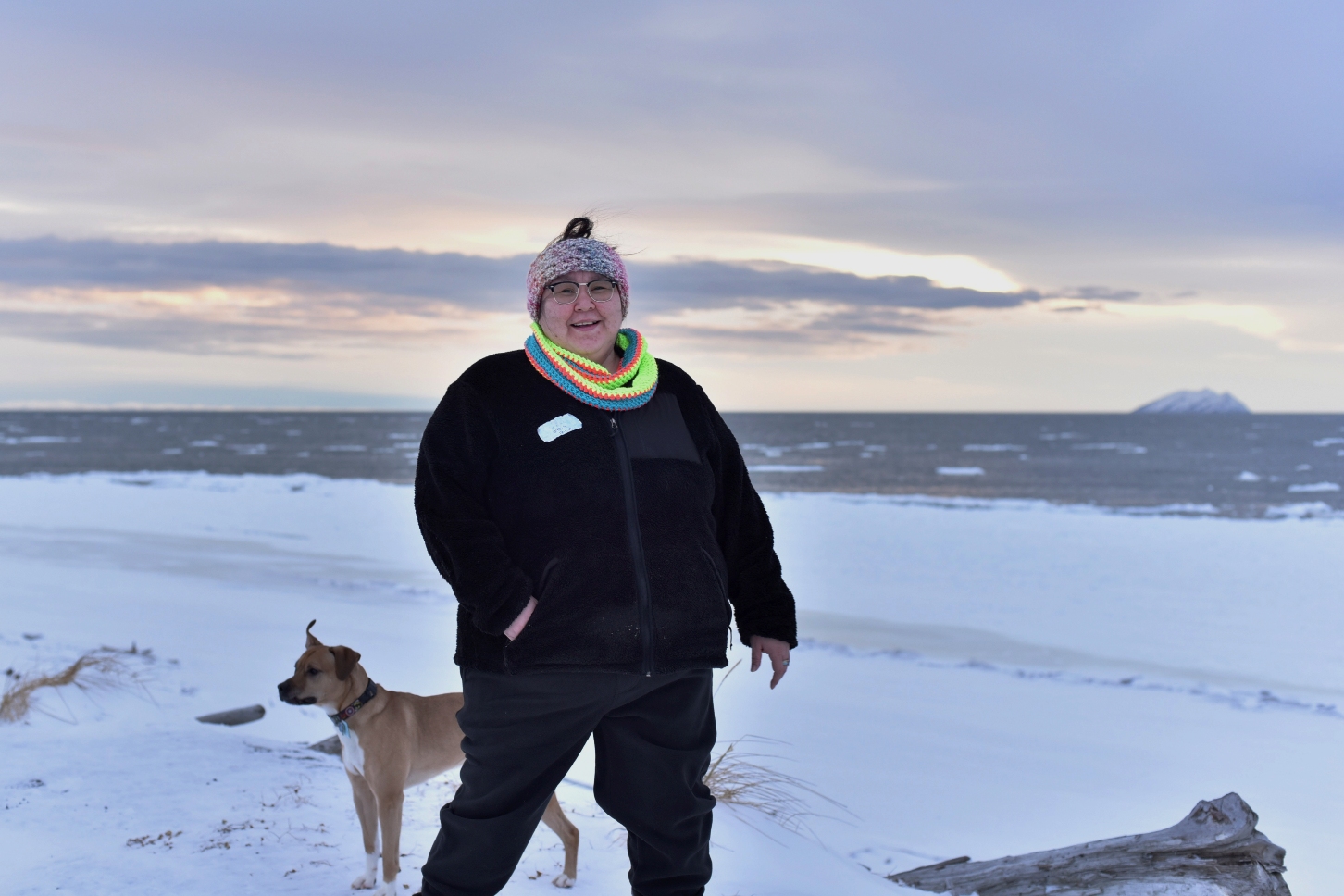 Clarice “Bun” Hardy stands on the beach with her dog in the Native Village of Shaktoolik, Alaska. Hardy, a former 911 dispatcher for the Nome Police Department, says she moved back to her village after a sexual assault left her feeling unsafe in Nome. (AP Photo/Victoria Mckenzie)