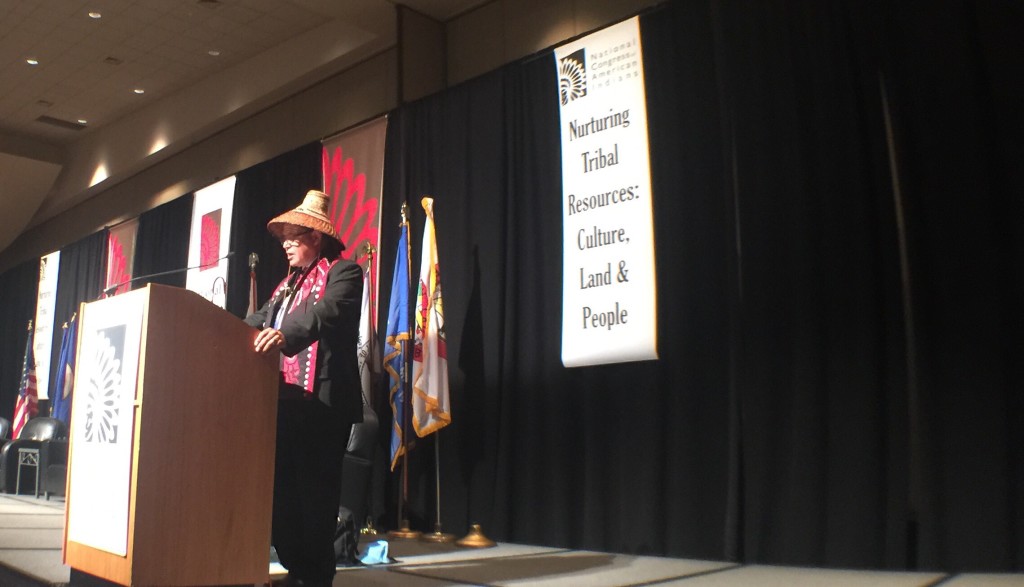 The idea of “tribal sovereignty” is not static. It’s always a test, a back and forth contest between those who believe in indigenous self-government versus those who like the idea of Someone Official dictating rules.

Alaska, like much of Indian Country, was facing an oral health epidemic with tooth decay (and pain) being the norm for nearly every child. A number of studies reached the same conclusion: “Lack of access to professional dental care is a significant contributor to the disparities in Indian health that exist in the American Indian / Alaska Native population.”

So more than a decade ago the Alaska Native Tribal Health Consortium experimented with mid-level oral health providers, dental health therapists. The design of the program was to train and hire community-based providers right out of high school who would serve patients at the village level. The program has been fabulously successful.

This is where the next chapter in this story starts. At the National Congress of American Indians mid-year conference last week, President Brian Cladoosby, Chairman of the Swinomish Tribe in Washington state, announced that his tribe will enroll a student in a two-year training program to become a dental health therapist.

“We as Indians have long faced an oral health crisis, and the crisis is only growing,” Cladoosby said. “There just aren’t enough dentists in Indian Country to address this crisis. The Swinosmish dental clinic sees more than twice the number of patients per provider as the national average. That’s why we are expanding the Swinomish dental team through the proven solution of training and employing dental health aide therapists.”

This is tribal sovereignty in action.