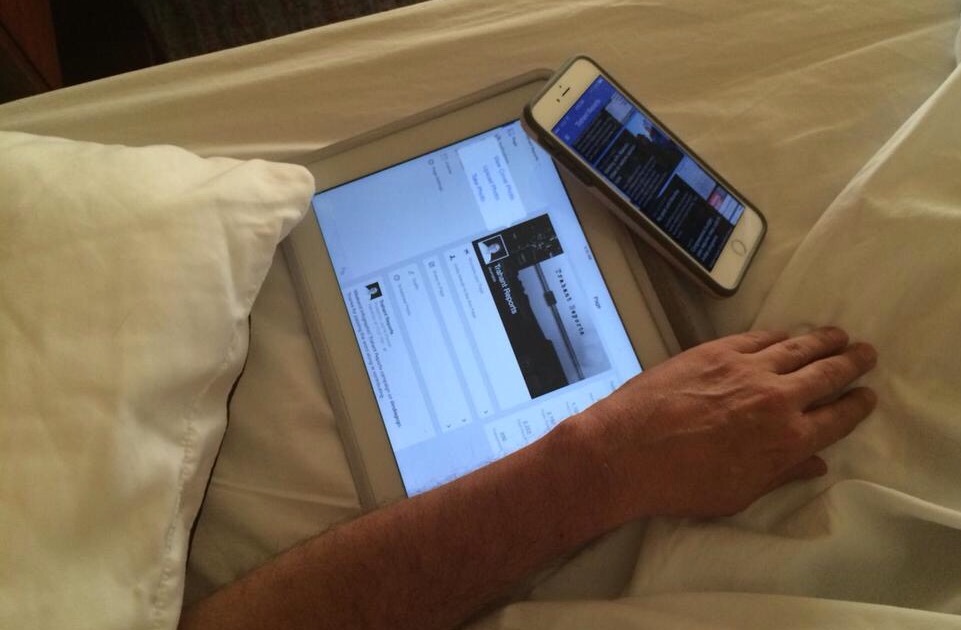 Do you sleep with your smart phone? Or first thing the next morning, even during the night, do you peek to see what’s new? If you are a Millennial — between 15 and 35 years old — the answers are likely, yes.

Every year author and digital analyst Mary Meeker presents her view of Internet trends. Turns out Millennials look at the world differently, starting with the way they see smart phones. Nearly nine-in-ten (87 percent) say their phone never leaves their side and 80 percent say it’s the first thing they look at after waking.

I don’t have numbers for Indian Country but given the lack of universal Internet or even cell phone service, I am sure that the numbers are lower. That said: Just by looking at Facebook, Instagram, Snapchat, Twitter, and other social media, it’s clear Indian Country Millennials are similar in their use of social media. (Remember Indian Country’s population skews younger than the general population.)

The three digital trends I think most important:  The demand for more (and better) data; a need to rethink governance; and, the end of geography as a barrier.

Indian Country already has a data gap. Many of our statistics, ranging from unemployment to health metrics, are unreliable and out of date.  A few years ago a BIA official had to testify with a series of “I don’t knows” about unemployment because his report was unreliable.  That’s too often the case.

Second, we need to rethink governance.

So many of our laws, tribal, state and federal, are written for an era that no longer exists. One of the trends that Meeker identified is the growth of people working in flexible or supplemental jobs. More than a third of the workforce (some 53 million people) is now made up of independent contractors. Nearly 70 percent of those surveyed say that “social networking has drastically changed the dynamics of networking. So what will it take to get tribal laws in sync, and further encourage these trends? Meeker’s report says too many laws are written in a world where business is business, and “so what happens when a person becomes a business?”

The third trend is the lifting of geography as a barrier.

In the digital world location does not matter. A business can operate successfully anywhere there’s a good connection to the Internet. The retail site Etsy is a good example. According to Meeker’s research, 35 percent of Etsy sellers started a business without much capital. It’s the perfect space for authentic Indian art. Stephanie Pinkham,  a Nez Perce, sells  high quality Northwest beaded vests and other crafts. Or rent a Navajo hogan in Chinle or near Shiprock on AirBnB.  One day I hope, you can text Uber and get a ride into a border town.

The important thing is that we are at the beginning of the digital transformation. Then, American Indians and Alaska Natives have a long history of adapting to new technology. This is just a new and exciting chapter — especially if you’re reading this on your phone in bed.