The Storyteller is a series of ten stories and folktales revived from the audio archives at KNBA in Anchorage, Alaska, as well as new stories from today’s Alaska Native culture bearers. The traditional stories provide cultural memories and lessons we can use in everyday life. The series is hosted by Canaar, the spirit that has arrived. Follow along as Canaar presents life lessons and cultural values that have been carried for generations by Alaska’s original people. This is the Storyteller. 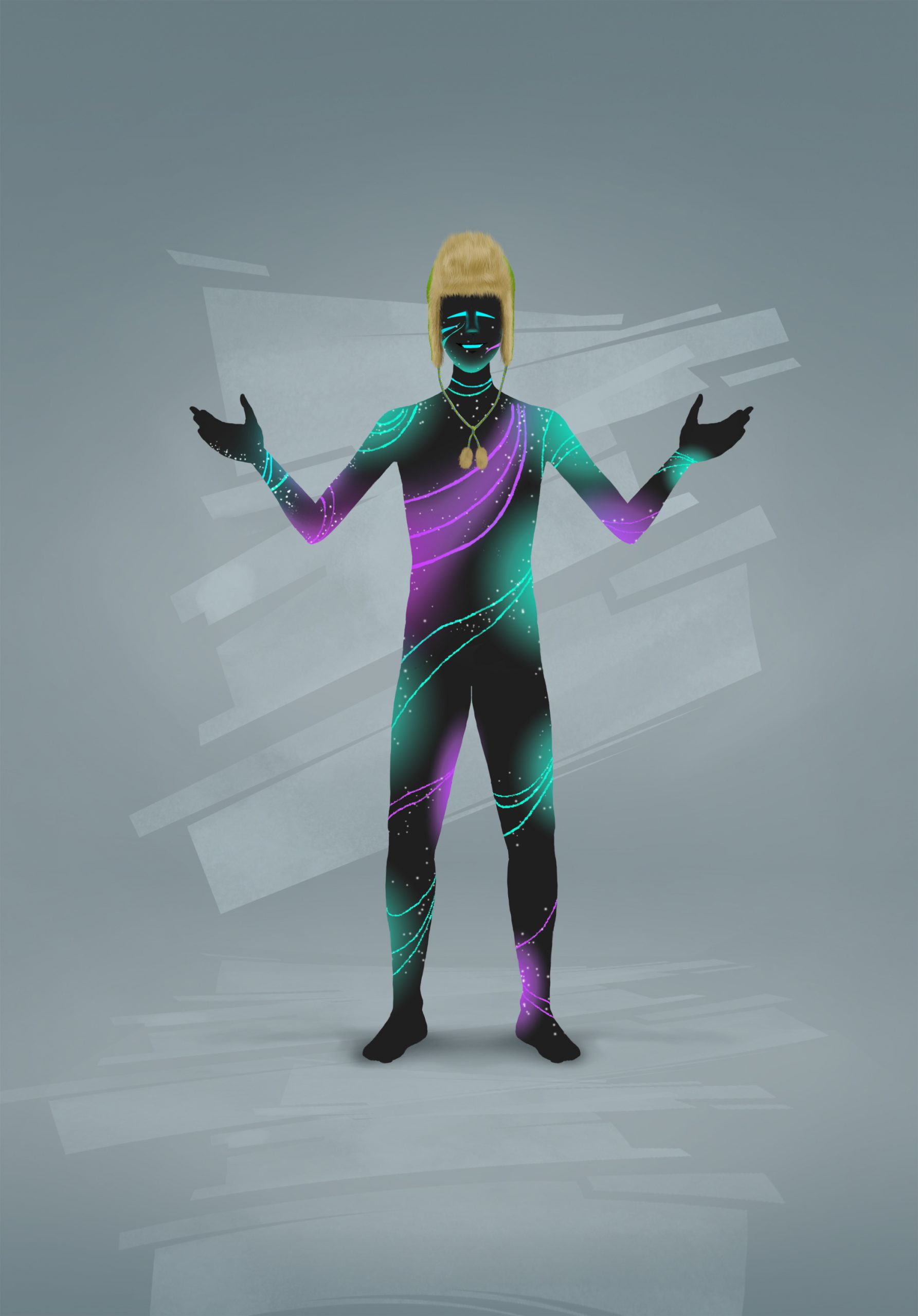 Episode 1: Athabascan Story of Denali, narrated by the late Patricia Wade (Athabscan). The story is from the archives of the Anchorage Museum and is about the creation of how Denali came to be.

Episode 3: Two Old Women is told by John Active, (Yup’ik). This story follows the journey of when two old women are mysteriously haunted by an unknown voice. Follow them on their journey of discovery.

Episode 4: Baby with the Big Mouth, told by Bob Petersen, (Yup’ik). This story follows a couple who wish to have a newborn after numerous times of failure. After they encounter a shaman, their wish is granted, but at a cost.

Episode 5: The Hunter’s Mukluks is narrated by Polly Andrews, (Yup’ik). This story highlights how important mukluks can be to a hunter and how one should never forget them.

Episode 6: Two stories narrated by William Frost Tocktoo, (Inupiaq). The First Fishnet is about how a man received his native name, originally from the first fishnet. The Giant who walks under the Sea is a short story that tells the tale of mysterious being who walks underneath the sea.

Episode 7: The Stupid Boy, narrated by Aaron Leggit (Dena’ina). This story follows a young boy who thinks more about himself, rather than others.

Episode 8: The Dark-Skinned Totem Pole, narrated by Mabel Pike (Tlingit). This story follows the journey of young man, Taktu, who is training with other young hunters to become future leaders. While some of the boys are strong enough to endure the training of hunting, others are so not fortunate.

Episode 9: Widow Ptarmigan & The Owl is narrated by Rachel Craig (Inupiaq). The story follows a grieving ptarmigan and her journey of moving forward.