Songs of the People:  Indigenous Roots of Black Folk Music is a 28-minute program hosted by Benjamin Mertz, a song leader in the Black Spiritual tradition.  The program will look at pre-20th Century Black music as a folk tradition, exploring its connections to its African ancestry and its similarities to the traditional music of the First Nations in North America.  With work songs, drum circles, sacred chants, and songs evoking the imagery of rivers and mountains, Black Spiritual music lives hand-in-hand with other Indigenous music trad 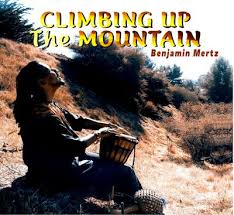 Music for this program will be taken from Benjamin Mertz’s album “Climbing Up the Mountain,” a vocal and percussion project designed to emphasize the Indigenous/folk aspects of Black traditional music.  Songs will be interspersed with historical perspectives.

Songs of the People was developed for KIDE-FM Hoopa Tribal Radio and was first aired on Feb. 2, 2020.