For most of her life, Neets’aii Gwich’in leader Sarah James has worked to protect her homelands, which include the coastal plain of the nearby Arctic National Wildlife Refuge. It hasn’t been easy. The United States government wants to lease the area for oil exploration and drilling. The region’s longtime inhabitants say those plans threaten a beloved porcupine caribou population and land that they call sacred. Reporter Daysha Eaton reports for KALW’s series, Sacred Steps, hosted by Judy Silber. Visit spiritualedge.org to read the rest of this story.

Sacred Steps offers profiles about standout people who are challenging the status quo. They’re from all kinds of faith traditions — and sometimes none at all. They’re speaking up. Taking risks. And at times, putting their lives on the line. You’ll hear lots of insights from people who are working to make their communities, and the world, a better place. Join us for reality with a dash of hope.

Sacred Steps is a collaboration between The Spiritual Edge at KALW Public Radio in San Francisco and USC’s Center for Religion and Civic Culture. Daysha Eaton reported the story. Cheryl Devall is the Sacred Steps editor. Tarek Fouda is the engineer. Judy Silber is the host and executive producer. 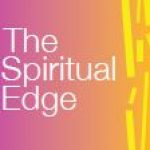